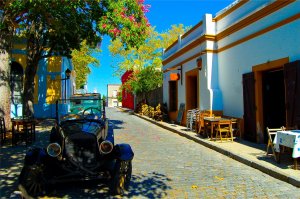 There is far more to Uruguay than Punta Del Este, a famous resort that has always attracted the international jet set. Like Colonia del Sacramento, for example, a city in the southwest on the opposite side of the Río de La Plata from Buenos Aires. It is famous for its Barrio Histórico, an area replete with buildings from when it was a Portuguese colony. To the north of the neighbourhood is the 19th century lighthouse, the Colonia del Sacramento, which offers wonderful river views.

In addition to traditional barbecue, known as parrilla, tourists with a sweet tooth can indulge in Uruguayan dulce de leche—a real treat!