David Michael Miranda is a carioca (from Rio de Janeiro), a journalist and the founder of the Casa da Juventude, located in Pedra do Sal. He has been married to fellow journalist Glenn Greenwald for 11 years. He was the driving force behind the attempt to seek asylum for Edward Snowden in Brazil and also against the dismantling of the SOS Rio Sem Homofobia (No Homophobia) program. More recently he launched the Snowden Treaty, an international treaty against close surveillance networks and was announced by the Coletivo Juntos (Collective Together) movement as a candidate for city councilor with the PSOL party in Rio de Janeiro. 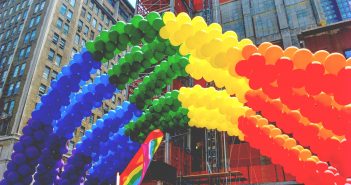 LGBT: The most LGBT Olympics of all time

Rio 2016 has been dubbed as the most LGBT Olympics of all time. There are…