The ancient history of Italy during the Roman Empire 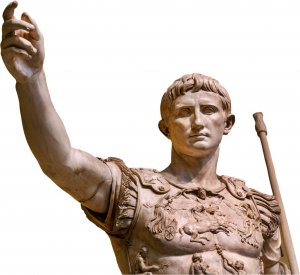 For hundreds of years, Italy dominated most of Europe and beyond. When we look back at the Roman Empire’s leaders, we unearth unbelievable eccentricity and power. Vanity was commonplace, and some men loved to use make up and use perfume in abundance. And they went further: symbolically, they married each other and, in some cases, offered a dowry to their future husband. According to the English historian Edward Gibbon, “of the last 15 Roman emperors, only Claudius was heterosexual” and homosexuality and bisexuality were seen as natural, even though the attitudes of some of the emperors were considered “unusual”, such as those of Julius Caesar (23 BC to 14 AD).

Known as “every woman’s man, every man’s woman”, Caesar, the most famous of Roman emperors, was notorious for being an incorrigible seducer of married women. He was a lover of Cleopatra, the queen of Egypt, while also having an intimate relationship with Nicomedes IV, the king of Bithynia—this is why he earned the nickname “Queen of Bithynia”. However, despite Caesar’s fame, Emperor Hadrian was considered the most respected pacifist of all. His only “weakness” was his love for a young Greek named Antinious. After his death, Hadrian married Sabina, but he was admittedly gay.

And who hasn’t heard of Caligula? He had an insatiable libido and seduced all of the senators’ women, sexually abused war hostages, while maintaining a steady romance with a young stage actor named Mnester.

One cannot fail to mention the emperor Nero, either; his reign was associated with tyranny and extravagance, and for this reason he was considered the most eccentric of emperors. After the death of his wife Poppaea, he married Sporus, a court eunuch, bestowing upon him the honours of an empress. At the same time, Nero had a husband, Pythagoras, and considered himself a woman.

The influence of doctors, philosophers, politicians and religious leaders induced a certain sexual abstinence and this, in addition to mounting socio-economic factors, signalled the fall of the Roman Empire. Italy plunged into an obscure and confusing period and lost the important footing it had enjoyed for centuries.

In the 14th and 15th century, a new era begam: The Renaissance. And although there was still scrutiny about private matters and sexuality, this transitional period was marked by the sophistication of cultural events and intellectual movements, all of which are masterfully represented in the form of paintings, sculptures and poetry. The emerging art and philosophy were inspired by Roman Antiquity, but its inspirers and leaders were no longer the emperors, kings or princes, but rather the artists and poets who produced powerful and influential works, still admired today.

The two greatest artists of that time were Leonardo da Vinci and Michelangelo. Leonardo moved to Florence as a young man and fell in love with the study of art, science and culture. He was also known to have countless romances with boys his age, which ended up costing him a few months in prison. Leonardo had a long relationship with his assistant Giacomo Caprotti, a young man endowed with extraordinary beauty, but who was also very indolent, earning him the nickname of Salaì (little devil, in Tuscan). Leonardo was considered a genius and his work is recognised the world over to this day. He is perhaps best known for the “Mona Lisa”, a portrait of Lisa Gioconda, with who it was said he was romantically involved, although this has never been proven.

Michelangelo Buonarroti had a lot in common with Leonardo da Vinci, including his bisexuality. His male nudes, both in sculptures and paintings, are among the most beautiful and perfect in Renaissance history. Michelangelo died at the age of 89, devastating his long-time companion Tommaso Cavaliere. The artist’s sonnets dedicated to the young Roman are deeply moving and loving.

Michelangelo produced one of the greatest masterpieces of Western art: the doomsday paintings in the Vatican’s Sistine Chapel, on which he worked alone for four years, uninterrupted.

The sculpture of David is the crowning example of Renaissance work and universally admired today. The grand marble statue presents the ideal physical male form as interpreted by Michelangelo. Physicality, facial expression, sensuality, sensitivity and spirituality, the sculpture transports us to an imaginary world in a way that only Michelangelo’s work can.