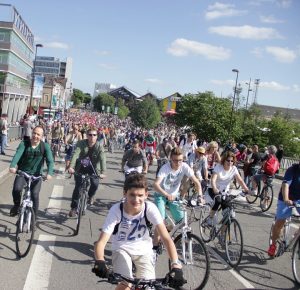 The European Cyclist Federation (ECF) has chosen Brazil to host Velo-city 2018. The event, which will discuss proposals to facilitate more and more the use of bicycles in cities, will be held in Rio de Janeiro and according to the Mayor’s Office it is estimated that three thousand people will participate directly or indirectly.

Velo-city is an annual event. Every two years the hosts are chosen from European countries, but in the other years the focus is to choose locations where projects to develop the increased use of bicycles are being developed.

Rio de Janeiro had a noticeable increase in the number of cyclist on the road, in particular after the introduction of public bikes to rent in a range of neighbourhoods and the extension and creation of cycle paths.  However, “so you know what to do, it is important to continuously monitor cycling as a means of urban transport, and this is not what happens with the Rio city government”, says architect Alziro Neto, who in his Master’s Degree dissertation made the comparative study of cycle paths in Rio de Janeiro and those of other more developed cities. 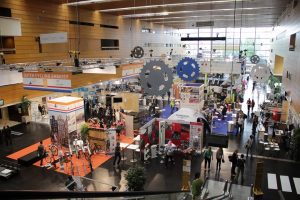 An event of this scale could completely change the current scenario to bring new projects and proposals to the centre of the debate. A series of lectures and discussions will be planned as well as, possibly, a “bike parade” which will circulate the streets in an attempt to promote not only the event, but the demands of cyclists.

In addition to Rio de Janeiro, the city of São Paulo has also worked hard to become an ever more viable city for the use of bicycles and from the 26th to the 29th of May this year will be the host of the first edition of Bicicultura (Bike Culture). Organised by the União dos Ciclistas do Brasil (Union of Cyclist of Brazil – UCB) along with the Associação dos Ciclistas Urbanos de São Paulo (Association of Urban Cyclists of São Paulo, known as Ciclocidade) and other organisations, this will be the largest national meeting to discuss the issue.