Although São Paulo and Rio de Janeiro are the better-known states of the Southeast, Minas Gerais and Espírito Santo are equally rich in cultural history and natural beauty

Southeast Brazil is made up of four states, two of which are of paramount importance to the economics of the country: Rio de Janeiro, as a hub for tourism, and São Paulo, as the country’s financial capital. The region also includes Minas Gerais, a state of significant historical context and home to some cherished places of cultural heritage, and Espírito Santo, a state celebrated for its paradisiacal beaches. 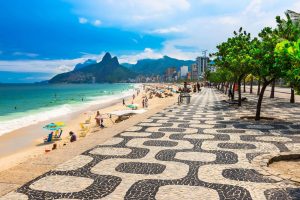 Rio de Janeiro is notorious among tourists and boasts one of the Wonders of the Modern World, the illustrious statue of Christ the Redeemer. Back at sea level, there’s the opportunity to stroll along the pristine shores of Ipanema Beach, the inspiration for the fabled song, Girl of Ipanema, which was composed by Tom Jobim and Vinicius de Morais and subsequently translated and recorded in several
languages by a slew of international stars.
The locals—born-and-bred in Rio—are known as “bohemian cariocas” and are generally good humoured and welcoming, and this has become a defining characteristic of the Cidade Maravilhosa (Marvellous City). This friendly, affable spirit has inspired millions of tourists to flock to Rio at the end of each year to savour the festive NYE celebrations and exuberant fireworks on Copacabana Beach. All this without even mentioning Rio’s most famous Carnival! 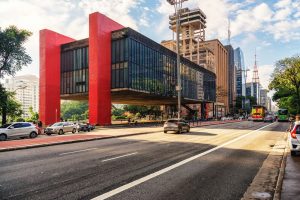 São Paulo is the business capital of Brazil and seen as the country’s “international meeting room”. Sampa, as it is affectionately known, does have a lighter side though, and
there’s plenty to entertain tourists looking for some down time; the city has a bustling nightlife, whilst the wider state of São Paulo is a treasure chest of retreats, be them rural or
coastal.
Paulista Avenue is the financial heart of the city and where most Brazilian powerhouses and multinationals are
headquartered. It’s a culturally diverse spot, so caters for most wants, be them for business or leisure. There are also many day trips and cultural attractions in São Paulo. And for those wanting to get a handle on the real dimensions of this megacity, visit the Santander Lighthouse building, where you can appreciate, from above, the gargantuan size of this stunning city. 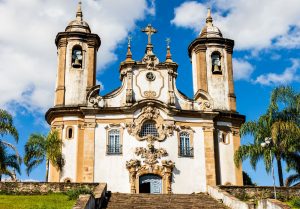 Minas Gerais is one of the guardians to Brazil’s past. Stepping through the streets of Ouro Preto, the state’s first capital city, you are transported back to a time of majestic colonial architecture. The state is also fiercely proud of its culinary reputation as one of the most popular and varied. Beyond its historical credentials, Minas Gerais is awash with natural beauty, from its grand waterfalls to its time-preserved caves.
It’s good news too if you’re an adventure sports fan, as there’s no shortage of options for kayaking and canoeing, rafting, hiking, camping, abseiling and much more. As the lyrics to a regional song by local duo Tonico and Tinoco go: “Oh, Minas Gerais, quem te conhece, não esquece jamais” (Oh, Minas Gerais, those that know you, never forget you).

Espírito Santo, a jewel to be explored 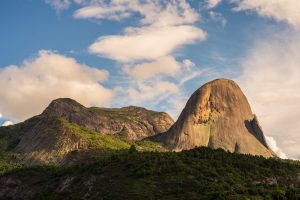 In Vitória, the capital of Espírito Santo, there are two major ports through which most of the country’s mining exports pass, and this has made the region a popular destination for business tourists.
Characterised by its extensive coastline, the state of Espírito Santo includes 73 islands. In Conceição da Barra, located approximately three hours from the capital, the fine sand dunes—that climb to over 30m high—serve as a stage for forró festivals and other events.
In addition to dazzling coastal scenery, Espírito Santo is replete with lavish rural landscapes, where you can explore the Atlantic Forest and its sensational vistas and natural pools. In the Pedra Azul National Park, located in the city of Domingos Martins, you’ll find a hidden gem: Pedra Azul, an intriguing stone covered with lichens that make it change colour according to the position of the sun.
Brazil’s southeast is a region with everything a tourist could want – a must-visit!

Final year student of journalism, 29 years old, and a proud "gaucha". She's lived in Argentina for the last 5 years, where she also studies Audiovisual Production. She works part of his day as a Staff Community Manager, at Visa Argentina, and the other part as an assistant in journalism broadcasting forTvAmerica Buenos Aires.