The final leg of Brasil Junino’s European road show will be held in London, it was announced today. Brasil Junino, an international cultural exhibition that seeks to promote Brazil’s famous Festas Juninas, or June Festivals, will be hosted by the Embassy of Brazil in London from 27 May to 4 June.

Several headline acts are already confirmed as part of the exciting line-up, including Zeu Azevedo, the legendary Brazilian musician, composer and saxophonist. The festival will also feature live dance recitals, or quadrilhas juninas, by Si Bobiá a Gente Pimba, from Brasilia and Raio de Sol, from Recife. There are also plans for a series of live street performances throughout Central London, to help promote the initiative.

The 10-day programme – which includes stage performances, presentations, traditional costumes, as well as an exhibition profiling the largest and most-spectacular festivals in Brazil – gives the British an exclusive opportunity to experience these uniquely Brazilian festivities, which normally occur throughout June each year. 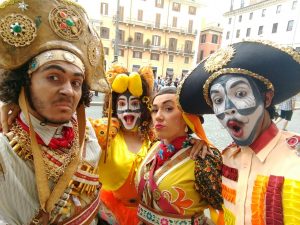 These festivals offer a rare and insightful snapshot of the Brazilian people, set to a tantalizing backdrop of colour and sound”, explains Edilane Oliveira, Brasil Junino’s curator“. Brazilians famously love to party, but the Festas Juninas, or June Festivals, are a fascinating expression of Brazilian culture and symbolism – it is a story that needs to be told. Brasil Junino is our way of shining a light on our coveted festivities and getting Londoners to join in the fun”, she added.

Brasil Junino has already received critical acclaim in Brazil, after it received more than 500,000 visitors in Rio de Janeiro, during Rio 2016. Now in London, having already visited Lisbon, Madrid and Rome, the organisers hope not only to promote tourism and culture in Brazil, but also effectively kindle relationships between Brazil and the UK. 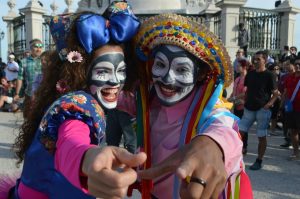 “Ties between Brazil and the UK have always been strong”, explains Ms. Oliveira, “and the two countries share a love for festivals, music and the arts. Festa Juninas are second only to Carnival in Brazil- they represent a nationwide celebration of life and community – so nothing could be more natural than wanting to invite London to the join the party and learn a little in the process”, she concluded.

Brasil Junino opens on 27 May and runs to 4 June at the Embassy of Brazil in London, 14-16 Cockspur Street, Trafalgar Square, London SW1Y 5BL. It is open to the public from 1pm to 7pm daily and entry is free. A full list of the program and further information is available at www.brasiljunino.com.br

Created in 2005 with the objective of promoting Brazilian culture and tourism, as well as supporting local communities, IBI is responsible for the organisation and running of the largest June Festival in Brazil, known as the “Maior São João do Cerrado“.

About the sponsor –EMBRATUR – Brazilian Tourist Board

EMBRATUR is a federal, state-owned agency that reports to the Brazilian Ministry of Tourism that is responsible for providing of support and marketing expertise when it comes to promoting Brazilian tourism overseas.

Below you can see several videos captured during recent presentations in Lisbon, Madrid and Rome. They should provide you with further understanding of what we envisage for London. 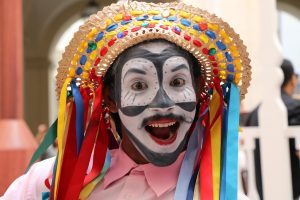