Check out what’s happening in April and May 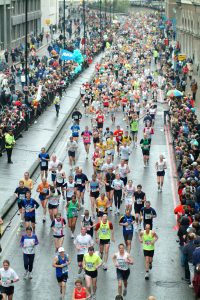 The Virgin London Marathon is a massive event for both runners and the general public. The race is not only a monumental physical challenge but also one of the biggest charity events in the world.

Every year, a unique event takes place in Stratford-upon-Avon to mark the birthday of the world’s greatest playwright, William Shakespeare. The celebrations make up a tradition that stretches back
more than 200 years. Festivities fall on the weekend of the bard’s birthday, April 23.

From May to September

About 100 games and meets take place in the Scottish Highlands each year. Each has its own mix of music, athletic competition and dance. 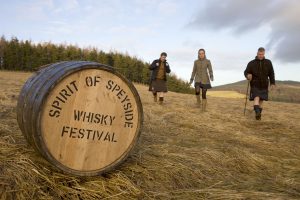 May is Whisky Month, with a series of events that includes tasting sessions and behind-the-scenes distillery tours.

Diversity, creativity and innovative thinking grip the city of Brighton in May. The annual festival celebrates this pioneering, experimental spirit. The Brighton Festival, one of today’s most important art festivals in Europe, held its first edition in 1967. Ever since music, theatre, dance, circus, art, cinema, literature, debates and other family activities have become important events in Brighton and Hove.

St. George’s Chapel, at Windsor Castle, will host the Royal Wedding between Prince Harry and Megan Markle. Windsor, a 900-year-old castle located about 30 minutes west of London, is the Queen’s favourite weekend getaway and one of the UK’s top tourist attractions. The castle has been described as “a special place” by the couple, Harry and Meghan, who have visited there regularly since the courtship began.

The FA Cup, the oldest national football tournament in the world, is one of the country’s great sporting institutions. The history and tradition of the competition and the pomp of the final are welcome scenes for millions of Brits and football fans around the world.