Celpe-Bras is the Certificate of Proficiency in Portuguese for Foreigners, awarded by Brazil’s Ministry of Education. It is the only such certificate officially recognised by the Brazilian government.

Please note that online registration is now open for the second Celpe-Bras examination of 2017.

This exam is especially interesting for students, researchers and people interested in obtaining an official certification in Brazilian Portuguese language

More information attached and on the following sites:

Embassy of Brazil in London: http://londres.itamaraty.gov.br/en-us/celpe-bras.xml

If you need more details about the Celpe-Bras, please feel free to write the coordinator of Celpe-Bras at King’s College London (Daniela Mittelstadt, email: celpebras@kcl.ac.uk). 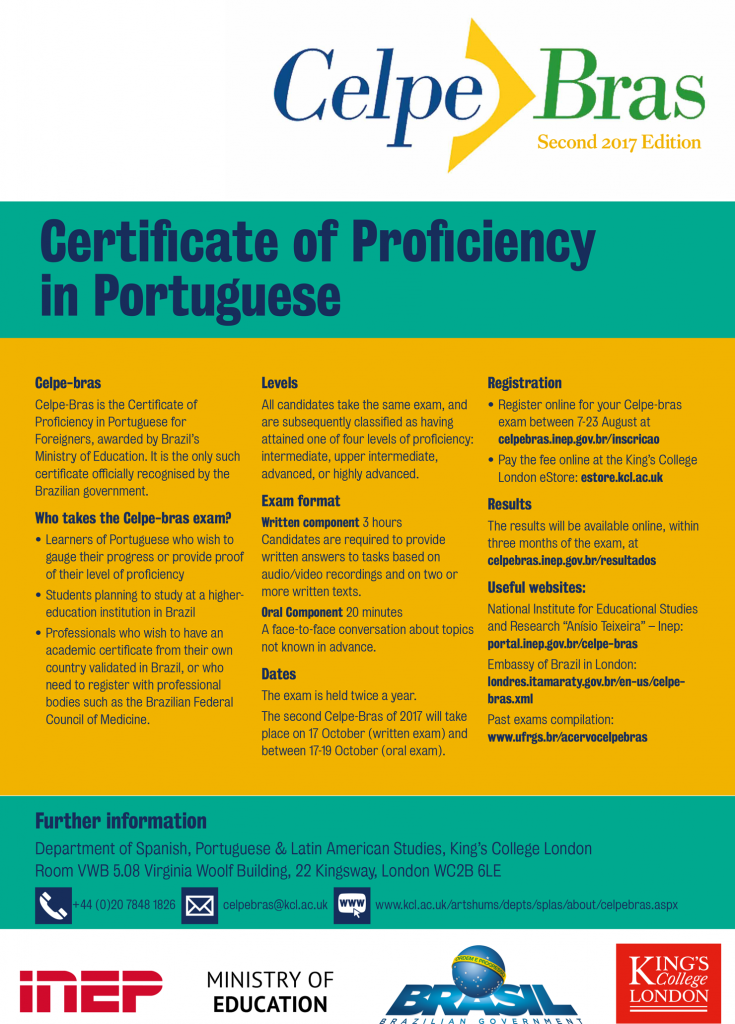