– The largest beach in the world

Brazil is famously home to some stunning beaches, many renowned the world over. But the country also lays claim to the world’s longest beach in the world, Praia do Cassino in the city of Rio Grande do Sul, which stretches 200km along the coastline.

The longest word in the Portuguese language is pneumoultramicroscopicossilicovulcanoconiótico, a disease caused by the inhalation of volcanic ash. 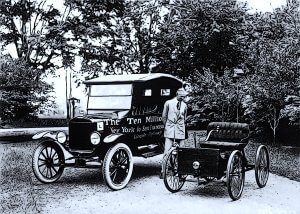 – What does Pará have to do with Henry Ford?

Pará, the largest state in Brazil, is home to the city of Fordelândia, which nowadays is somewhat of a “ghost city”. Established by the famous automotive industry pioneer, in 1927, it was to be the location of an important facility for processing for latex. Henry Ford built houses, shops, churches, restaurants, but the city soon failed after the invention of synthetic rubber.