If you are British, of course you know. But if you are Brazilian, you probably have no idea or have heard very few about it

Originated in England and very famous in India, “Críquete” or Cricket is a game very similar to baseball, but it has different field and rules. Basically, it is played the same way we play the de “taco” ou “bete”in Brazil.

Críquete came to Rio de Janeiro in the mid-1800s and soon had spread over the city due the amount of British and descendants living there. Several clubs have emerged and the most important at that time was the Rio Cricket Club, created by George Cox in 1872. Over the years cricket lost its strength in Brazil, but there are still associations and clubs that offer the practice of the sport. 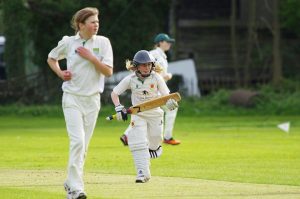 Although not new in Brazil, recently it has been gaining more notoriety and more fans.

For those who are interested, curious and want to try, the SESC São Paulo offers free cricket lessons on some weekends of the year, find out when just following the site www.sescsp.org.br/.