The Sexual Offences Act was passed at 5:30am on 5 July 1967, decriminalizing sexual acts practiced in private between consenting men over the age of 21, coming into effect in England and Wales (Scotland decriminalized homosexuality in 1980, and Northern Ireland in 1982). 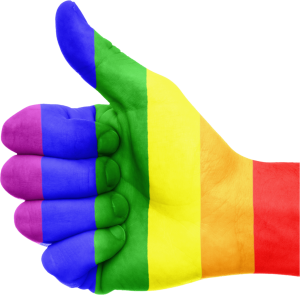 The UK’s attitudes to homosexuality have been lightening ever since, with lots of positive breakthroughs; England saw its first civil union in 2004 and in 2013 the country saw its first gay marriage.

During this fiftieth anniversary of the 1967 Law, a series of events, shows and exhibitions linked to Gay Pride are taking part, in locations such as Tate Britain, the National Theatre and the British Library, among other famous art hotspots around the country. Themes focus on gender diversity, prejudice and pride, taking in the whole of the LGBT scene.

There have also been several interviews with gay celebrities, such as the actor Antony Sher (noted for his interpretations of Shakespeare characters), Bette Bourne (Drag Queen who was at the forefront of the 70s gay liberation movement), noted actor and British cinema director of Jamaican heritage, Rikki Beadle-Blair and the poet Andrew Macmillan (known for his works which explore masculine desire). These public figures talk about reality before the Sexual Offences Act, touching on subjects such as psychological torment, punishments, intolerance, self-repression, arrest, incarceration and the death penalty, whilst also commenting on positive developments that have come about since the law was changed, such as growing tolerance, equal rights, respect and LGBT acceptance.

On the other hand, lesbian relationships have never been considered illegal. Take the Victorian period for example; lesbianism was tolerated across all the social classes, especially within the aristocracy – notable cases include artists, writers and poets such as Adelaide Procter, Matilda Hays, and the socialite Mary Benson, among others. Talking of famous figures, Dr James Barry, who was born Margaret Ann Bulkley, hid her true identity over the entire course of a highly successful career as a surgeon in the Armed Forces of the Crown. 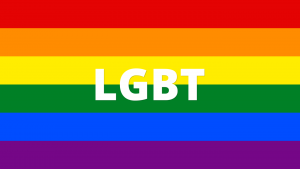 Of course, we are now in 2017, and LGBT Pride is a staple event all over the world. This year saw the 20th Pride parade in São Paulo, Brazil, in which around two million people took part, united in peaceful, joyful celebrations. This year’s message was: “Whatever our beliefs, no religion is law! All together for a Secular State”. In London, the forty-fifth Pride was opened by a team of emergency services personnel, and the them was “Love Happens Here”. As usual, thousands of members of the public and many a celeb were present, including the well-known gay and human rights campaigner-activist, Peter Tatchell. The big lesbian name was media personality Amy Lamé, who last year received the title of ‘Night Czar’, as well as the London Mayor, Sadiq Khan, who showed his enthusiasm for the event by posing for photos in the crowd.

The UK is to be congratulated for its leap from obscurantism to enlightenment, and its contributions towards more tolerance, support and respect for the LGBT community.