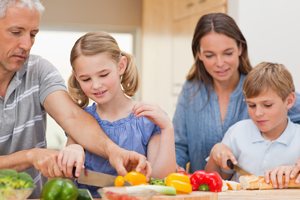 Father’s Day is a highlight of the Brazilian calendar, and to many people’s surprise, it is a date which varies from country to country.

The idea for Father’s Day in Brazil came about in 1953, thanks to the Publicity Mogul Sylvio Bhering, who was looking for something new to push towards consumers. As Brazil had always been a predominantly Catholic country, the first date he chose was 16 August, as this was Saint Joachim’s Day (Mary’s father). As time went by, the official date was relocated to the second Sunday of the month of August.

The original idea for Father’s Day, however, came from the USA, at the beginning of the twentieth century. Sonora Louise Dodd wanted to recognise the role fathers play, in particular her own – William Jackson Smart – a war veteran who had lost his wife and raised his children alone. Sonora suggested the day of her father’s birthday, 19 June, as the official date. Father’s Day was officially recognised in the US in 1972, under Richard Nixon’s government. Since then, the date has migrated to the third Sunday in June, and been adopted by a number of other countries.

From culture to culture, in Brazil and the UK, it is a day for spending with the family, having a nice lunch together in a special restaurant, or at home. Many Brazilian Dads receive gifts, whilst British ones can expect at least a card!