As the country with the greatest number of Italians outside Italy, Brazil is home to many outstanding descendants, including from the field of arts 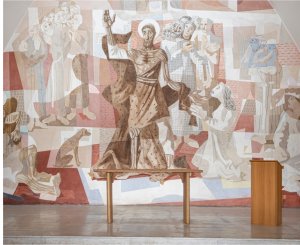 Did you know that Italian immigrants in Brazil are mostly from the regions of Veneto and Tuscany? And there are a huge number—the city of São Paulo, for example, is home to the largest Brazilian Italian neighbourhood outside Italy, something immediately perceptible when strolling through places like Mooca, Bixiga and Brás. Even outside these postcodes, the number of establishments with clear Italian influence is remarkable. In addition, Brazil as a whole, is home to the largest concentration of Italian descendants outside of Italy.

Because of this, many public figures in Brazil, whether political, artistic, scientific or other, have Italian roots. Some include actress Fernanda Montenegro, singer and composer Adoniran Barbosa, physicist César Lattes, businessman Francesco Matarazzo, actor Rodrigo Santoro and many others, in addition to the São Paulo soccer team, Palmeiras. 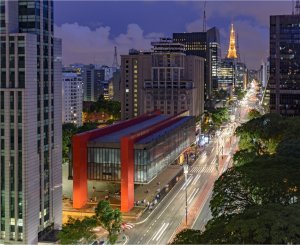 The influences of Italian culture in Brazil are clearly evident across certain habits and customs, such as eating panettone at Christmas, as well as incorporating other favourites like pizza, pasta and fried polenta. In addition, certain meats—such as mortadella—first appeared in Italy.

But the influences of immigration are also clear in other areas: the Italian-Brazilian Afonso Segreto was the first cinematographer in Brazil and captured the first recorded moving images of Guanabara Bay on June 19, 1898, when aboard the French ship Brésil. Hence the celebration of the Brazilian Cinema Day is June 19th. Paschoal Segreto, Afonso’s brother, was responsible for opening one of the first outdoor cinemas in 1899, in Rio de Janeiro.

Candido Portinari, one of the greatest Brazilian painters, is the son of immigrants from Veneto. Portinari is widely recognised as an important exponent of the Brazilian modernist movement, especially during the 1940s and 1950s, a period when it became more internationally famous. The painter studied at the National School of Fine Arts, in Rio de Janeiro, and his art often portrays social issues and memories of his childhood, in his homeland. He was also the only Brazilian invited to participate in the exhibition 50 Years of Modern Art, in the city of Brussels.

Part of the second phase of modernism involves Italian-Brazilian Alfredo Volpi, known mainly for his paintings that depict flags and facades. Before, in the 1920s, he painted impressionist landscapes. It was in the 1950s that he began to gain more recognition, both in Brazil and overseas, by adopting a more abstract style. Interestingly, rather than buying paints, he made his own. 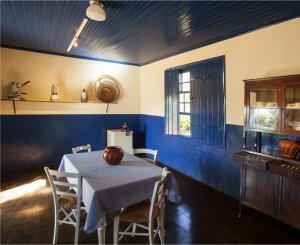 The architect Lina Bo Bardi is another Italian-Brazilian. She was responsible for helping design MASP (Museum of Art of São Paulo) and SESC Pompeia, both of which are still in use today. Lina sought to mix influences of popular art. She also helped to revamp the Historic Centre of Salvador, a UNESCO World Heritage Site.

Victor Brecheret was a modernist sculptor who came to Brazil at the age of ten. He studied drawing and sculpting in Brazil and then spent five years in Italy studying sculpture. When he returned in 1921, on the eve of the Modern Art Week, he maintained contact with many influential artists in the country. It was Victor who, at the request of the Government of São Paulo, created the Monument to the Bandeiras, which stands in front of the city’s Ibirapuera Park. 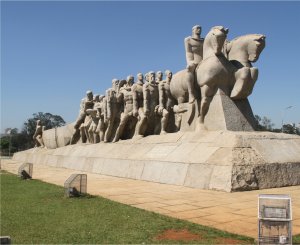 The Italian singer Gaia Gozzi is the daughter of a Brazilian mother. She shot to fame by releasing her song Chega, with lyrics in Portuguese. The 22-year-old Italian-Brazilian finished runner-up on the Italian edition of X-Factor, in addition to winning the talent show Amici. Mixing pop and Brazilian rhythms, the singer speaks Portuguese without any hint of an accent and sings in Italian and English.

These are just some of the many artists that represent the Italian-Brazilian culture! Each of them, in their own way, are responsible for showing the best of both worlds. And, of course, we look forward to welcoming many more in the future.