Notice: Function add_theme_support( 'html5' ) was called incorrectly. You need to pass an array of types. Please see Debugging in WordPress for more information. (This message was added in version 3.6.1.) in /homepages/20/d620463611/htdocs/_BBMAG.CO.UK/wp-includes/functions.php on line 5831
 BBMAG | La Linea – The Latin Music Festival Returns to London
Trending

London’s Latin Music Festival La Linea will make a much anticipated return this spring featuring artists from across the eclectic and thriving Latin music scene in venues across the Capital from 21 April to 2 May. Featuring a programme largely headlined by women, La Linea 2022 marks the return of international artists after more than two years alongside shows from an array of acts from the UK’s burgeoning Latin music scene. 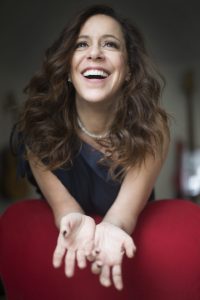 The festival has a pre-launch on 27 March with a show from multi-Grammy nominated singer/songwriter Bebel Gilberto, who will debut work from her highly acclaimed 2020 album Agora. Daughter of Brazilian music royalty João Gilberto, Bebel has been described by The Guardian as someone who “has specialised in a laidback, misty fusion of bossa nova and electronica” and this concert presents a rare opportunity to catch one of the music world’s most beguiling stars. Rescheduled following the postponement of La Linea 2020, Bebel’s concert will take place at the end of March as a precursor to the shows in April and May. Opening for Bebel is Carwyn Ellis & Rio 18 whose Welsh language takes on Brazilian music epitomises the La Linea bridge between the UK and Latin America.

Pioneering French-Chilean vocalist Ana Tijoux, whose sound blends hip-hop, Latin pop and R&B, makes a welcomed return to the festival with a concert at the Jazz Cafe on 26 April. The same venue also presents Grammy nominated Cuban pianist Roberto Fonseca with his trio on 24 April. Since making his name in the legendary Buena Vista Social Club, Fonseca has been at the forefront of the renaissance in Cuban music, blending his love of jazz with his Cuban heritage and African roots. 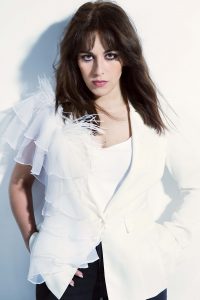 The festival will also welcome Sara Correia for her UK debut performing at the Union Chapel. Correia’s voice and style captures a balance between traditional fado with its modern and lighter incarnation but also swaying towards French chanson. Her debut album Sara Correia, released back in 2018, earned two nominations for Best Fado Album and Best New Artist at the PLAY-Portuguese Music Awards. In addition, Union Chapel hosts fado rewired with Portuguese singer Lina joining forces with contemporary producer Raül Refree creating a new approach to fado queen Amália Rodrigues’s iconic repertoire. Their album Lina_Raül Refree delivers a 21st century impression to this ancient music replacing guitars with piano and analogue synths. The Times commented that “the contrast between the red-blooded emotion of Lina’s voice and the cool electronic tones is hugely effective.”

Electric Brixton showcases Maykel Blanco in South London with his Salsa Mayor known as ‘The Musical Machine of Cuba’. Having spun their way onto the Havana music scene almost fifteen years ago, they still remain one of the most tantalising live bands in Cuba. London’s own New Regency Orchestra plays a special La Linea show as part of its EartH residency, as they demonstrate their mission to take the Afro Cuban sounds and lift them into the 21st century. The band includes a 12-piece horn section alongside an extensive 6-piece rhythm section sourcing inspiration from New York’s amalgamation of Jazz and Latin from the 50s to the 70s. 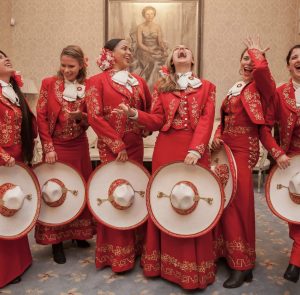 They’ll be appearances for Las Adelitas, a seven-piece all-female band aiming to break stereotypes as the only female Mariachi band in Europe, and Luzmira Zerpa, a prolific Venezuelan singer/songwriter who is presenting her new project delving into the music of the Andean plains.

La Linea 22 will also host a Candela Records Showcase at the Jazz Cafe, where musicians such as Angelo Flow, Clara Hurtado and Guala will take to the stage. Candela Records is the UK’s first ever record label dedicated to Urban Latin Music, a partnership between Atlantic Records UK, music distributor ADA and Latino Life media. In addition to live music, the festival will present the UK film premiere of feature film Mambo Man, which has won 80 international film festival awards and features a soundtrack of Cuban music. La Linea joins forces with Movimientos for a special edition of their ¡Cumbia, Mi Amor! night featuring a live show from the UK’s premier Cumbia outfit Malphino on the eve of their new EP release on Lex Records plus special guest DJs all in Peckham’s newest live music club Well Seasoned.

Tickets are on sale now and available from www.lalineafestival.com.

You can also find Brazilian and Latin American service suppliers and classifieds in London, and internationally, by visiting BBMAG Business Directory www.bbmag.co.uk/directory.