Serving tourists with wonderful destinations and their stories, from captivating art to irresistible cuisine, Latinos contribute a huge amount to world culture

Latin America is home to a diverse culture that demands to be explored. Here is a taste of all that’s on offer. 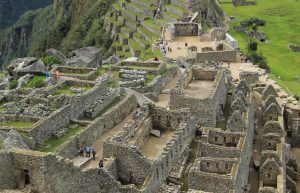 With stunning landscapes and historical monuments, Latin America is the ideal destination for those who like history and adventure. A great example is the Atacama Desert in Chile, the driest desert in the world, where one of the most popular activities is astronomy tourism—yes, observing the night’s skies! For those living in tropical climes who have never seen snow before, you do not need to travel to another continent: just travel to Bariloche, in Argentina. In addition to the awe-inspiring scenery, tourists can ski. And for those who really appreciate polar conditions, it is possible to venture to the El Calafate region to explore its glaciers. Finally, there’s Ushuaia, which is the southernmost city before you hit Antarctica.

If antiquity is your thing, Cartagena de Indias, Colombia, is an essential destination to learn a little more about Spanish colonialism. Needless to say, there’s also the historical sanctuary that is Machu Picchu, in Peru. To help plan your trip, we made a list of must-visit destination in our cover story—be sure to read it!

Much of Latin America’s movie industry is rooted in countries like Brazil and Argentina. More recently, however, there are signs that this is changing with countries like Chile, Cuba, Mexico and Colombia becoming more active in this space.

Some of the standout winners include: Tesoros (2017, Mexico), by renowned director Maria Novaro; Conducta (2014, Cuba), which is a sensitive look at the reality of school life in Cuba; Mala Junta (2016, Chile), a provocative drama about prejudice in adolescence and politics; Maria llena de gracia eres (2004, Colombia), a drama about a mother in despair; La teta asustada (2009, Peru), which sheds a light on the abuses suffered by Peruvian women. 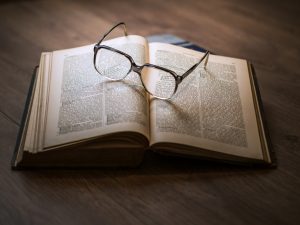 Latin American literature deals with a most diverse range of subjects. Unfortunately, to date, only a handful of authors have been recognised with the Nobel Prize (Gabriela Mistral, in 1945; Miguel

Ángel Asturias, in 1967; Pablo Neruda, in 1971; Gabriel García Márquez, in 1982; Octavio Paz, in 1990; and Mario Vargas Llosa, in 2010). But that does not detract from the quality of many other notable names. Whether in Portuguese or Spanish, writers constantly strive for recognition in a market that seems to have already forgotten about books. Some authors of note include Jorge Luis Borges, from Argentina; Rubén Darío, from Nicaragua; Jorge Icaza, from Ecuador, among others.

Many works of the 20th century made reference and criticism to periods of military dictatorship. This is self-evident when we consider that most countries in South America have suffered institutional coups that generated, to a greater or lesser degree, political instability. Literature provided one way to circumvent censorship.

Other subjects that are widely discussed are national identities, broader society and people, the transformation of European stories into a Latin context, and even science fiction or terror. It is often misunderstood that the latter is a genre exclusive to English-speaking countries—but this is simply is not true. For example, Brazilian Oscar Nestarez is a celebrated horror writer. Across the disciplines of architecture, fine arts and sculpture, Latin America is home to some very talented artists. The Bolivian Marina Núñez del Prado, for example, was one of the greatest modern sculptors. Much artistic expression reflects the urge (and need) to profile indigenous cultures and the true roots of the continent’s population (as opposed to colonial art, which tended to propagate religion).

One very unique movement was Mexican muralism, led by three painters: Diego Rivera, José Orozco and David Siqueiros. The trio sought to raise awareness among the wider population about the inequalities of living standards among certain tiers of Mexican society in a bid to lobby for greater social welfare provisions.

And then, of course, there’s the art of the indigenous people. Whether in the form of paintings or crafts, they are prized art forms that are essential to maintaining age-old cultures in a world of rapid change.