The London Caipirinha Festival (#LondonCaipFest) is the largest Brazilian cocktail and gastronomy competition in London. It was created by VBRATA in London, in 2017, to help stimulate public interest in Brazil and its unique culinary culture, as well as promote cachaça and Brazilian tourism across London and Europe.

The results of the London Caipirinha Festival 2017:

The festivals represent a busy programme of events that aims to promote Brazilian drinks and products, foster networking opportunities, and showcase Brazilian tourism and culture through a series of cultural attractions, including cachaça tastings and caipirinha workshops.

Here’s the running order for each festival in 2018:

VIP drinks evening held in prestigious locations in each of the cities, with exclusive Brazilian food and drink, including cachaça tastings and caipirinha workshops.

Tailored courses and training for bartenders or anyone interested in learning how to make the perfect caipirinha, “Brazilian style”.

Activities in partnership with bars and restaurants participating in the festival in each city.

Event to crown the best in class of the 2018 edition. Local establishments, including bars and restaurants, will compete across a range of recognised categories, such as “Best Caipirinha” and “Best Brazilian Food”.

During the competition, cocktail fans will be invited to try and evaluate the caipirinhas of the participating establishments, after which they are able to cast their votes online.

Scores will be awarded across a range of categories, including the best original caipirinha, the best cachaça, the best bartender, and the best Brazilian food, among others. Participants are allowed to vote only once in each establishment (duplicated votes will be disregarded). To further encourage public participation there are also a number of prizes up for grabs for those that cast their votes online.

Throughout the competition the participating establishments will also be assessed by a select panel of judges, a jury composed of knowledgeable critics and opinion makers. This panel will account for 50% of the final weighting, with the other 50% coming from the public vote. The festival organisers will collate the final votes, with the results kept under lock and key until the awards ceremony.

All competing establishments will receive supporting signage and marketing materials to identify them as participants.

The history of the caipirinha

Whilst cachaça production can be traced to the mid-1500s, it took several centuries for this ménage-a-trois of sugar, lime and cachaça to get together. Legend has it that an early recipe was used to help alleviate the symptoms of the Spanish Flu epidemic in the early-twentieth-century.

Given its medicinal qualities the taste was markedly less palatable, and the concoction probably contained garlic, honey, lime and other natural substances. At some point sugar was added – perhaps to help temper the taste.  It wasn’t long before an aspiring barman, perhaps from the countryside (“caipirinha” translates as rural folk) added some ice and the quintessential summer cocktail was born. These days caipirinha is as synonymous with Brazilian culture as beaches and football. It is the calling card of a nation that loves to party.

The traditional caipirinha is a straightforward recipe that invites a degree of creativity and flair in the nuances of its preparation. But today there are a raft of mixes that use fruits a range of tropical fruits that promote a plethora of tastes and colours. 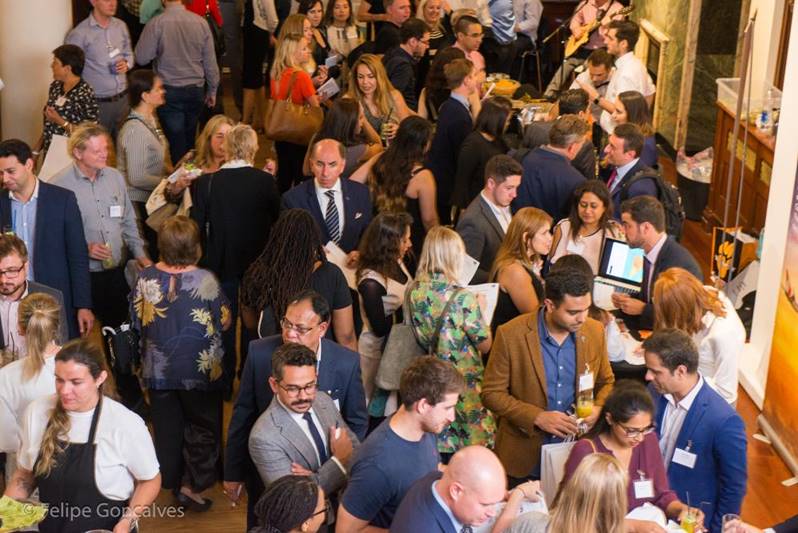