The love for animals, in particular when it comes to the care and rescue of lost or homeless animals, has no boundaries. Both in Brazil and London several NGOs stand out for their efforts, will and dedication to animals 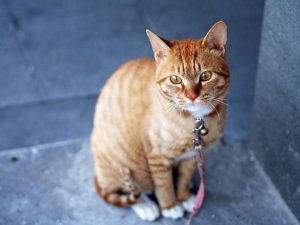 Founded in 1860 by Mary Tealby, Battersea Dogs & Cats Home is an organization dedicated to the rescue, housing and medical care of strays or lost animals from the street. The animal can stay the time needed to recover and then, when 100% healthy, the search for a family to adopt begins. There are three sites spread across London, the main one being in Battersea, where the veterinarian centre is based. In 2012 a TV series about the institution was aired, presented by Paul O’Grady and broadcast by ITV Studios, showing the treatment and care offered. It is one of the most famous animal charities in London, and with 155 years of history it is the reference when it comes to animal rescue and adoption. There are many ways to help this NGO, be it by donating or volunteering. The foundation also offers other programs such as animal training.
To find out more: http://www.battersea.org.uk/

Another centre for the rescue and relocation of animals is The Mayhew Animal Home. The organization has a team of animal protection officers that help residents who have particular difficulty in caring for their pets. They have various programs geared towards animal welfare, the accommodation of pets and specialised care. Everything is funded by donations and the NGO has been in operation since 1886.
For more information of how to donate just visit https://themayhew.org/

In Brazil, there’s the AMPARA Animal, a Civil Society Organization of Public Interest that focuses on fundraising, both from individuals and companies, for the care of animals (especially in poor communities). Founded in 2010, AMPARA runs campaigns and educational projects aimed at driving awareness about the castration of animals as a means of controlling the population of strays. To this end they have a Mobile Unit of Veterinary Service, which is able to take this castration service to local communities and distant places. To contribute even further, the foundation has a number of partners who help with the organization of donation fairs. The NGO accepts donations, volunteers and people who can provide temporary homes for the animals until they are adopted officially.
Want to know more? Visit: http://www.amparanimal.org.br/

A Adote Um Focinho (Adopt a Snout) focuses on offering shelter to abandoned animals that have been rescued from the streets or mistreated. Founded in 2006, the organization relies on donations from people who share the same urge to help these animals. In addition, there is a task force to find people to adopt these four-legged friends.
To find out more, visit: http://www.adoteumfocinho.com.br/