The year was poised to be a landmark year for the LGBTQ community, with a 2020 event calendar stacked with cultural exhibitions and events open to the general public. This marked a big step for a wide range of art forms, and a very special part of society. Unfortunately, the Covid-19 pandemic had other ideas and, as of March, scuppered any plans for these in-person events. But don’t fret… many of them are now available online.

Many of the artists that were due to exhibit at these LGTBQ events have turned to social media as a means of giving continuity to this important schedule of planned events.

To complement this edition’s other features on virtual events and goings on in the UK, here are our top tips for online attractions designed specifically for the LGBTQ community. Take your pick and enjoy!

Tate Modern was all set to host an exclusive exhibition about Andy Warhol, the first in almost 20 years, but the pandemic necessitated a switch to a digital realm. Now, though, it is possible to stroll the Tate, room by room, and take in Warhol’s 25 portraits of Black and Latino transwomen and transvestites.

Desire, love and identity: tracing the story of the LGBTQ community

The British Museum has a small exhibition that traces the story of LGBTQ culture throughout history. You can examine the artefacts as you wish or accompany the entire story, stretching back to a wine amphora from ancient Greece and arriving at a treasure box of the Maori (native people of New Zealand). There is also a virtual guide who provides narration and further context to the items on display. 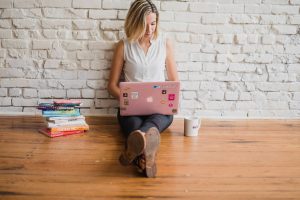 Home to more than 2.3 million artefacts, this London-based art and design museum has a team dedicated to curating exhibitions designed to explore the universe of queer, gender and sexuality. The LGBTQ Working Group, for example, helped to identify and analyse relevant arts for the community, sharing its findings through the blog “Out in the Museum”. For those who want to jump straight to the images, just type “LGBTQ” in the search function and you’ll be served with dozens of useful pages to check out.

Another event that ended up going digital was the LGBTQ Parade. Although the official event was cancelled in London, in many other parts of the world, such as Brazil, it was either rescheduled or transferred to an online format. In addition, many artists performed exclusively throughout June to promote and celebrate a month of LGBTQ Pride. But there was more still, including other online exclusives, such as drag queens shows, conversations with important public figures, interviews with influential actors and actresses, and more.

Today, the number one means of remote communication is Zoom; people are even using the app to host parties from their living rooms. This represents quite a leap forward from the early days of Skype—we now have so many options. Thankfully, we are able to adapt to troubled times and not lose hope, especially those among the LGBTQ community.