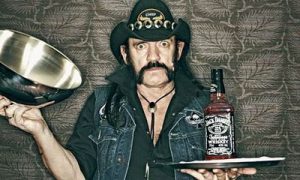 He was adored by his fans for his rock star attitude, playing style and distinctive, gravelly voice. Amongst the many tributes he has received, one was granted by a Brazilian cafe, in Curitiba. A Casa da Mãe Joana (The House of Mother Joan) launched a hamburger called Jack & Coke, which consists of a crisp bap, watercress, tomato, mozzarella, red onion caramelised in Coca-Cola and a hamburger patty (50% beef, 50% pork) marinated in whisky (of course!). The burger is served with roasted strips of bacon and grilled corn. Wherever he is, Lemmy must be salivating!