BBMag – Let’s start at the beginning: where are you from, where have you lived, and where’s home now?

Nina Miranda – I was born in Brasilia, Brazil, in 1970 and have lived all over: Brasilia, Kent, Petropolis, Rio, London, Toulouse, London, Bath, London, Rio. London is home again, since 1996.

BBMag – Tell us a bit about your family and your childhood.

Nina Miranda – Lots of moving around! My grandparents were from China and Australia and my mother was born in Iran. She met my father in Paris in 1968. They were art students at the time; both still paint today. My father is from Rio. His father was an architect and worked alongside Oscar Niemeyer and Lucio Costa on the construction of Brasilia. 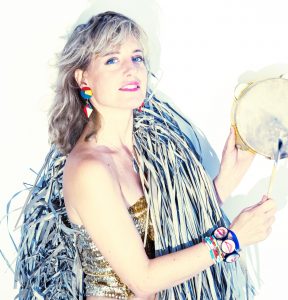 BBMag – What is your connection with Brazil today?

Nina Miranda – Music is my way of keeping in touch with Brazil. My songs are my love-letters to Brazil… I celebrate every artistic aspect of life in Brazil, from Capoeiristas to street artists.

BBMag – What is your connection with the UK?

Nina Miranda – We moved here in 1978. As a child in Brazil, I listened to Rock n’ Roll, mainly The Beatles. They sung of Strawberry Fields and that “All you need is Love”, so I assumed the UK was like that. I was a shocked at first. But I later realised that art is a way of projecting what we want to see, an alternate reality. I think the Beatles helped do that…

BBMag – How do you see Brazil today and the Brazilian way of life?

Nina Miranda – I think we must pay great attention to preserve the rich ancestry of our Indigenous culture, of the Original people of Brazil and also what Afro-Brazilian culture brings, the spirituality, that has always managed to work in harmony with other faiths, blending itself into the rituals of Brazilians and tourists as they throw out wishes to the sea on New Year’s Eve and beyond. I hope we see a new era of empathy that prioritises education and real sense of collective society, not divisions but togetherness.

BBMag – How about Brazilian music in the UK?

Nina Miranda – There’s a vibrant scene here in London. There are events that make it possible for someone like me to live here, but still feel connected to my roots. Brazil and the UK are a great cultural fit. 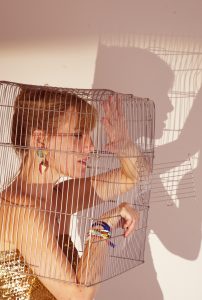 BBMag –Why do you think there is such an interest in music and arts from Brazil here in the UK?

Nina Miranda – Rhythm, swing, and groove: Brazil has it all. It’s an orchestra of influences. Rhythms from Africa, folk from Europe, the jazz from the USA… Most Brazilian homes own a guitar: people aren’t shy of singing and dancing together: it’s part of the culture. Europe and the USA have reciprocated, with Hip-hop, Trip hop, Lounge, Funk, Jungle and Drum n‘ Bass, inspiring new generations of Brazilians to re-assess and re-define Brazilian music.

BBMAG – When did you first start to recognise your talent as a musician?

Nina Miranda –  When I realised I could compose songs with relative ease when working with new people. In the early days of Smoke City, I had multiple collaborations on the go at one time, Nitin Sawhney one moment, Guy Sigsworth the next. The record label then asked me to focus on my band, but now I’m back to a particularly fertile time, Making my solo albums and working with an array of International projects and genres, from samba and disco to spoken word and nu-trip hop.

BBMAG – Tell us about your professional music career and how it all began?

Nina Miranda – My first time in a recording studio was in 1990, with Nigel Godrich (Radiohead producer), before recording with Sweatmouth, a collective that fused hip-hop with live Brazilian rhythms. My big break came with Smoke City ; a song called Underwater Love caught the attention of several labels.

BBMAG – Are you working on any new music at the moment?

Nina Miranda – I’m working on a new track for Gilles Peterson, something with Jean Monkey Jhayam (with members of Nomade Orquestra from São Paulo), and Aricia Mess, a fantastic Brazilian artist. I’m also starting to write songs for my new album. 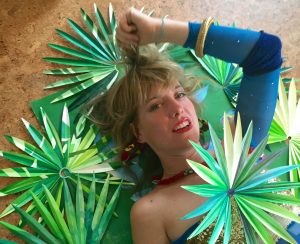 BBMAG – Do you have any live shows planned here in the UK?

Nina Miranda – I’ve just made a film to promote a live album, so we will start showing it to booking agents. I’m also putting together a “gathering” at The Bomb Factory, this November. It’s a great space. There will be films, art and lots of warm colours and bold shapes to inspire visitors to be creative. There will be Brazilian cocktails too, of course, and plenty of mingling. Visit www.ninamiranda.com if you fancy coming along.

BBMAG – What other Brazilian and international musicians, past and present, inspire you as an artist?

BBMAG – What is your recommendation for young musicians and artists starting out?

Nina Miranda – BE YOURSELF, BE FEARLESS: BE ORIGINAL, LISTEN TO PLENTY OF MUSIC!. Discover connections with others… inspire and encourage each other. When forming a band, assess the members’ hearts before their talent.  If someone is constantly crushing your self-esteem, keep away.

BBMAG – Finally, have you set yourself any new challenges?

Nina Miranda – Something on TV… There’s not enough music on TV, only talent shows that are more about a certain image than harnessing talent. People need to see imperfection, a journey… In reality, nothing is perfect… I would say that trying to find something close to perfect imperfection is what keeps me going.