The story is a familiar one to Brazilians, and it all takes place in London. The Brasileiríssimos (The most Brazilian of Brazilians) is a new comedy sitcom set in London which tells the hilarious story of a group of Brazilians who end up living in the city. 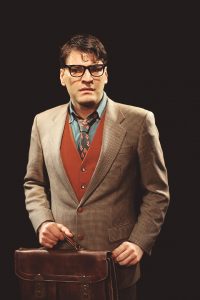 The first season of The Brasileiríssimos (13 episodes) was directed by award winning director Jörg Wagner (winner of best feature film at the 2011 Swansea International Film Festival, for his film Lost Tango) and written and produced by seasoned actor Márcio Mello, the star of several TV series in the UK and US (The Servant of Two Masters, 100, The Duchess of Malfi, As you Like it, Arturo Ui, The Importance of Being Earnest, The Harmful Effects of Tobacco, Killers). Mello also plays one of the roles in The Brasileiríssimos, alongside Diogo Sales and Tereza Araújo. Speaking of the show Mello explains, “the viewer is introduced to some very unusual situations that Brazilians face in London. 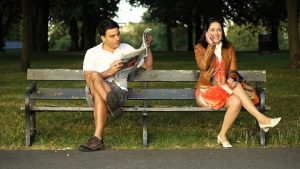 The result is a cultural mix of crumpets with pão de queijo (Brazilian cheese bread), of Bahia with São Paulo, of Sapucaí (Rio de Janeiro’s Sambadrome) with Notting Hill, of Gin and Tonic with Caipirinha! It’s hilarious, and with a strong dose of Brazilian humour, spares absolutely no one.” Sound interesting? Fancy a good laugh? Check out The Brasileiríssimos Facebook page.