Still searching for the best views of the city?

There are many ways to see London; from above thereare breath-taking panoramic views  whilst below there are several little- known subterranean charms. Here are our picks.

The glass dome of 20 Fenchurch Church—which Londoners affectionately call the Walkie-Talkie building—offers captivating views of the city and its surroundings… All for free! The dome that houses the Sky Garden’s public garden isn’t exactly spacious, so you’ll need to book tickets in advance, online. You can also take in the view whilst enjoying a meal at one of the three eateries: the Fenchurch Restaurant, Darwin Brasserie or Sky Pod Bar.

Rising 114.5m above the Queen Elizabeth Olympic Park in Stratford, east London, the ArcelorMittal Orbit is the highest sculpture and observation tower in Britain. The observation deck presents visitors with a spectacular 360-degree view of London and the iconic sports venues used during the 2012 Olympic Games, including the stunning London Stadium, home to West Ham United FC. The vista extends to 36km on clear days, allowing the most avid of football fans to spot all five of the capital’s football stadia from afar. And what’s the quickest way back down to Earth? Down the world’s highest and longest tunnel slide, 178m long in total!

Peckham Levels, a hidden gem in bustling Peckham, is a multi-purpose art space that was created in an old multi-storey car park, which has since evolved into a hotspot for gastronomy and nightlife. Frank’s Café, on the top floor, also boasts sensational panoramic views of the capital. 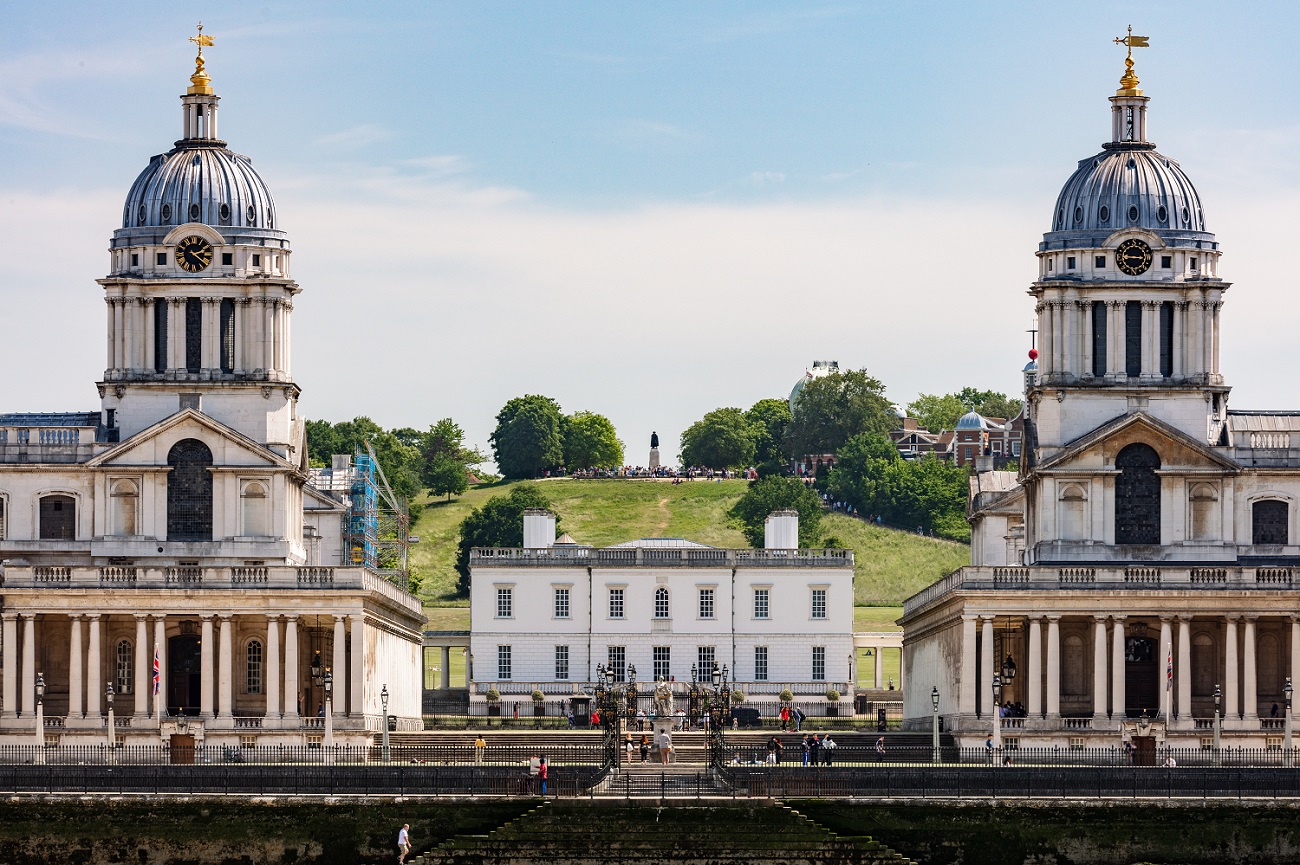 One interesting way of seeing London from up high is by visiting the Royal Maritime Greenwich, a UNESCO World Heritage Site. Climb the hill in Greenwich Park, just outside the Royal Observatory, and you’ll be rewarded with a lovely outlook, from just in front of the statue of General Wolfe. The view captures the unique architecture of the Royal Greenwich Museums, the Old Royal Naval College and the River Thames. It’s also an ideal spot to gaze upon the city at sundown. 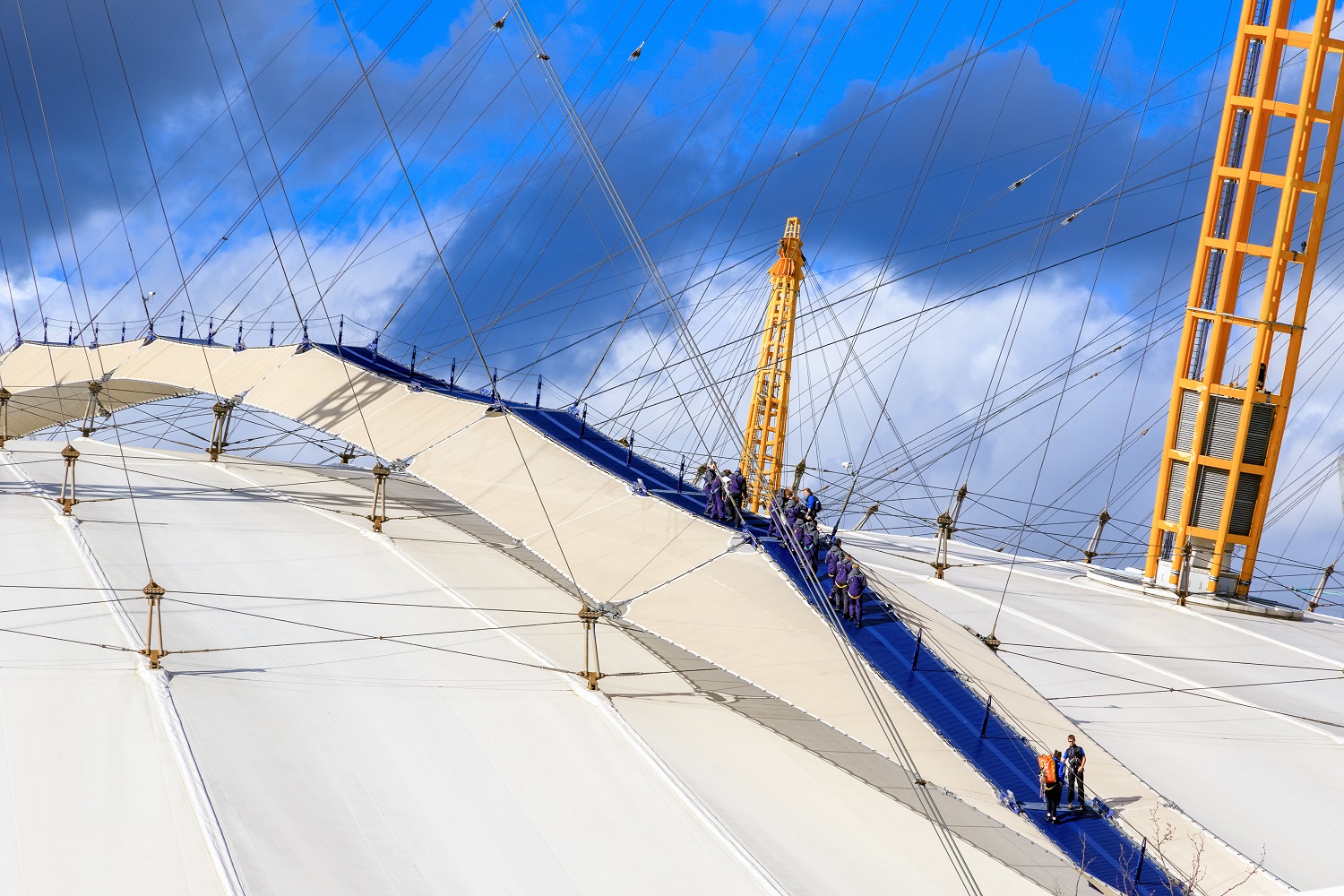 Those more adventurous can scale the roof of this iconic landmark; the ascent, which is led by climbing guides, usually takes about 90 minutes. From up top, you’ll enjoy a bird’s-eye perspective that stretches 25km, and includes several historic monuments at Greenwich, the Olympic Park and Canary Wharf. The climbs can be booked day or night and are particularly mesmerizing during sunset.

One of the capital’s most recently opened “high points” is Westminster Cathedral’s renovated Tower Viewing Gallery, which rises 64m above street level. Admission includes an exhibition of drawings in the Viewing Gallery, on the Abbey’s ground floor, which tells the story of the cathedral’s design and heritage, giving visitors a more complete experience and understanding of the Abbey.

Also worthy of note when it comes to memorable viewpoints: the landscapes from the Fragment, the London Eye, the Tower Bridge Exhibition, the SushiSamba and Duck & Waffle restaurants, and the OXO Tower. 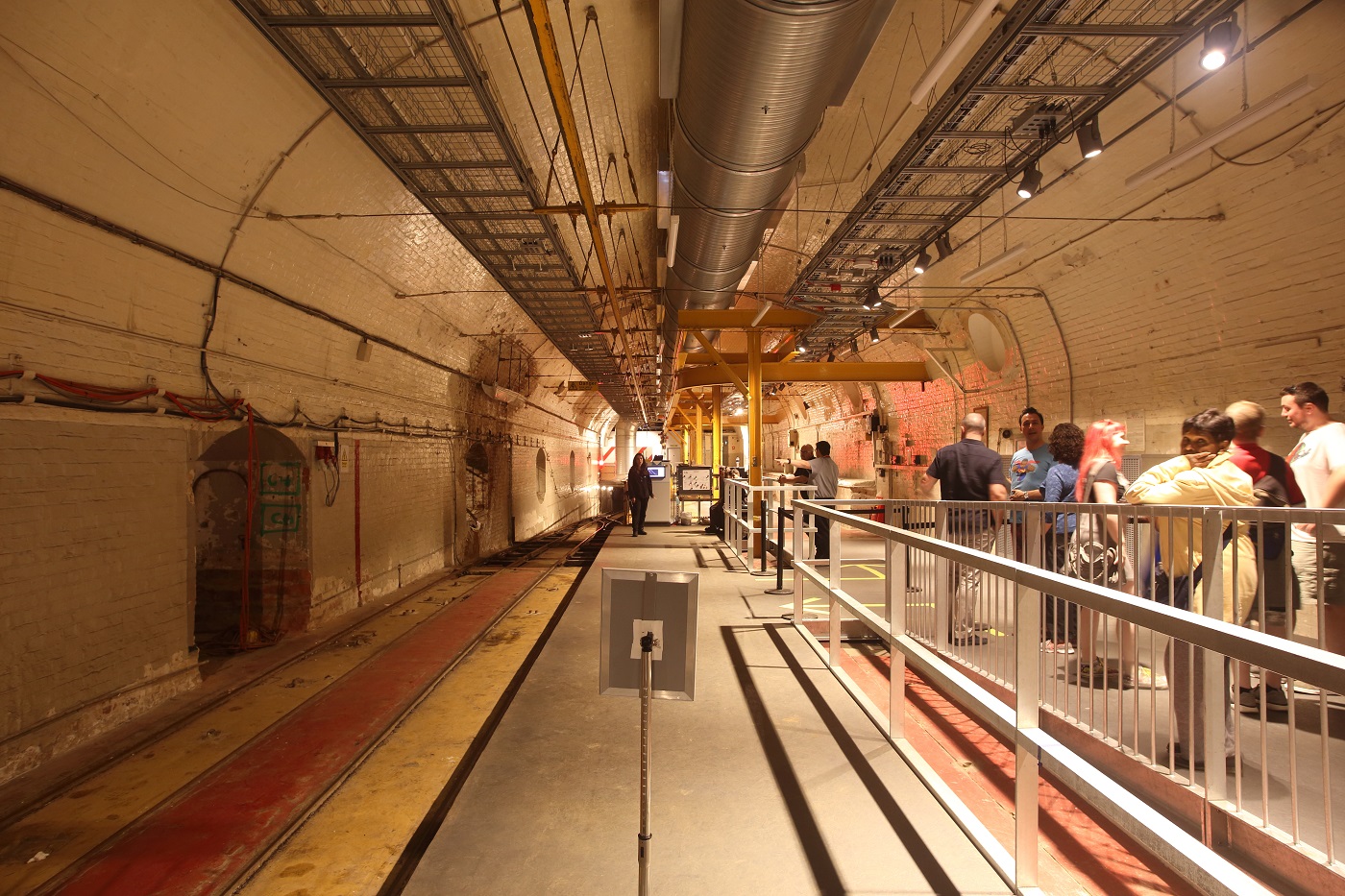 Alight at the former engineering depot of the Mail Rail—the Post Office Railway—for a 15-minute underground adventure in a miniature train along the original tunnel that runs below the sorting depot, in Mount Pleasant. The experience is totally immersive; you’re able to explore the original station platforms and secret access points of the network.

Hidden London is an exclusive program of excursions and events run by the London Transport Museum at deactivated stations and secret locations throughout the capital. It’s a fantastic opportunity to uncover places rarely seen by the public. Experienced guides tell unique and enchanting stories about each station along the way. Popular tours include “Down Street: Churchill’s Secret Station”; “Euston: The Lost Tunnels” and “Clapham South: Subterranean Shelter”.

The Vaults at Waterloo

Set among a labyrinth of abandoned railway arches under Waterloo Station, and home to some incredible works of art, The Vaults is a haven for alternative arts and the theatre. Check out the exclusive schedule of events that take place throughout the year. Among the novelties, a dining experience known as Divine Proportions, and the Hidden Jazz Club.

This underground bunker, deep beneath the streets of Westminster, was the secure location from where Winston Churchill and his war cabinet planned the allied route to victory during World War II. Explore its beguiling maze of corridors and rooms—where history was made—and visit the Churchill Museum to learn more about the life and times of the great wartime leader.

Cahoots is a retro themed Soho bar known for its cocktails, singing and swing-era dancing. The bar itself is located inside a decommissioned subway station and transports revellers back to a post-war 1940’s London. Drinks are served in vintage bottles and the crockery looks like china you might find in your grandmother’s kitchen. Kitsch and fun, the bar is celebrated for its live music and quirky experiences, like the “Squiffy Picnic”.

Did you have any idea that hidden in Chancery Lane, between the City and the West End, there’s something known as the Silver Vaults of London, an underground labyrinth of silver dealers? It makes for one of London’s most unusual shopping destinations: the subterranean shopping centre houses 30 specialty dealers selling British and international antique silver of all periods, and all styles. Whether you’re window shopping or a serious collector, it’s well worth a visit.