Notice: Function add_theme_support( 'html5' ) was called incorrectly. You need to pass an array of types. Please see Debugging in WordPress for more information. (This message was added in version 3.6.1.) in /homepages/20/d620463611/htdocs/_BBMAG.CO.UK/wp-includes/functions.php on line 5831
 BBMAG | The Invisible Life of Eurídice Gusmão in cinemas across the UK
Trending

The Invisible Life of Eurídice Gusmão (A Vida Invisível de Eurídice Gusmão) directed by Karim Ainouz, and distributed by New Wave Films, has been released into UK cinemas and available on demand 15 October 2021

Inspired by Martha Batalha’s 2015 best-selling novel of the same name, and director Karim Ainouz’s desire to highlight invisible lives, such as those of his mother, grandmother, aunts and many other women, The Invisible Life of Eurídice Gusmão is the story of two sisters who are kept apart by the men around them.

Euridice (Carol Duarte) 18, and Guida (Julia Stockler) 20, are living under the oppressive guard of their father Manuel (Antonio Fonseca), the patriarch of their conservative household. It’s 1950 in Rio de Janeiro and the girls dream of better lives abroad. Euridice as a professional pianist in Vienna, and Guida wants to be the wife of a Greek sailor she is smitten with. In a dramatic turn, they are separated by their father and forced to live apart. They take control of their separate destinies, while never giving up hope of finding each other. 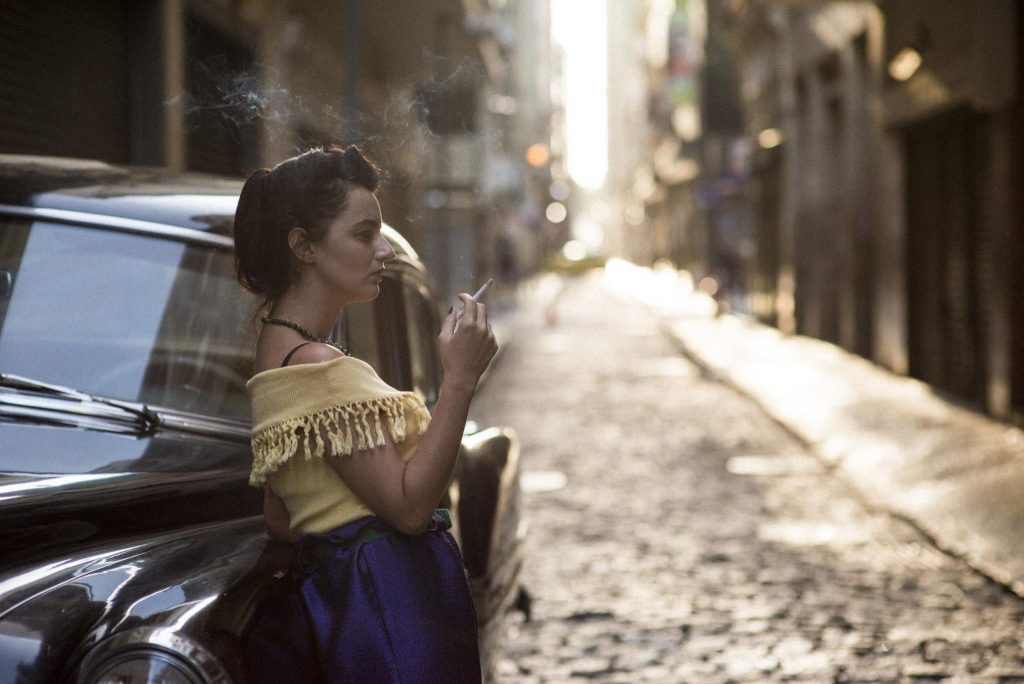