The London Creative Showcase 2021, sponsored by Westminster UNISON, the largest public service union in the United Kingdom with over 1.4 million members, working in local government, education, aligned to the National Health Service and the Police Services, will happen in London on Thursday, 9 September 2021 at The Prince Charles Cinema in Leicester Square.

The London Creative Showcase 2021 is a full day of short film screenings celebrating independent filmmaking and the diversity of stories to be told by an array of the hottest UK film talent with a fabulous variety of films with a sprinkling of magic embracing and celebrating the cohesion of the LGBTQ+ and BAME communities, taking you on a thought-provoking journey of love, hurt and hope.

“The Covid-19 pandemic has affected everyone in one way or another from healthcare, local services, charities, communities to businesses. Westminster UNISON is taking this initiative to attract its members and the communities back into the West End of London, helping jump-start the local economy, creating jobs and giving a voice through this showcase, highlighting the programme on diversity and inclusion. Following the 2021 launch, we aim to continue with The London Creative Showcase as an annual event providing a unique platform for creative artists and emerging talents, especially from those areas of the community that are underrepresented and who find it challenging to break down barriers,” says Chis Smith the event organiser and Joint Branch Secretary in Westminster UNISON.

We want to thank all our contributors and sponsors of this event and hope you enjoy our diverse selection of short films, which in their unique ways, have important messages to communicate for all protected characteristics; whether it is support for someone suffering PTSD Post Traumatic Stress Disorder, discrimination in its many forms or finding yourself homeless or jobless.

Below you will find further details about each film screening, and for more information about The London Creative Showcase 2021, please visit www.thelondoncreativeshowcase.co.uk. 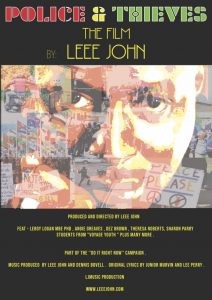 LEEE JOHN’S POLICE AND THIEVES
The brainchild of Int live recording artist/producer/director Leee John, of the group Imagination, was inspired by his observations of the continuous challenges facing young people in society today. His aim, to assist in helping and supporting young people globally to make the right life choices and ultimately achieve their full potential and, in turn becoming positive contributors to their communities and society as a whole. The “Do it Right Now” initiative was launched as a campaign to enhance people by embrace the moment and make the most of life. From the acclaimed album “RETROPIA”, the music tracks “Do it Right Now“ and “Police and Thieves “ act as central focus points of a bigger global campaign, which echoes with the message of support and exposure can and will change lives. Real-life people selected from the London community have assisted us in sharing this very important message of the Police and Thieves film and video. Their testimonies include their dilemmas, challenges, leading to their own personal triumphs. In the film, Leee John features a mixed group of youngsters, living in and throughout the London community, each with their own individual way of expressing and presenting themselves. Leroy Logan (MBE, PHD Retired Superintendent) appears in the film and video along with other key contributors, each mentoring between the communities and policing the youth culture. POLICE AND THIEVES shows examples of positive real-life success stories, people’s individual struggles and triumphs over adversity in helping to provide the audience with a clear and first-hand insight into the opinions and mindset of modern ordinary young people in today’s society. 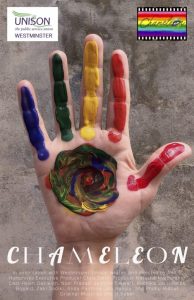 CHAMELEON
Three members of the LGBTQ+ community struggling with circumstances in their personal life meet at a remembrance gathering in Soho to mark the anniversary of the 1999 London nail bombings, which were intended to divide the community. Chameleon is a short film made with a diverse cast crew that takes a glance at the lives of three individuals with links to the LGBTQ+ community when they come together to remember people that were injured or killed in the bombings, but realise that although the bombs in Brixton, Bethnal Green and Soho were designed to divide communities apart, only made them stronger. This gives them the courage to still attend the Pride Celebrations. Directed by Neil T Humphries. Based on an original script by Neil T Humphries and idea by Executive Producer Chris A. Smith. Produced by Natasha Marburger. 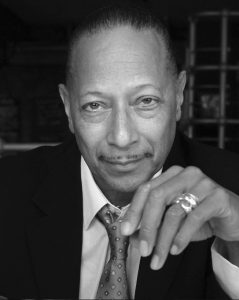 GIRL STROKE BOY
Peter Straker, born in Jamaica and arrived in the UK as a child in the 50’s alongside many who migrated as part of the wind rush generation. Straker has been hailed as one of the great voices of the British stage who first shot to fame in 1968, starring as Hud in the original London production of “Hair”. His acclaimed acting and singing career has spanned some 50 years, including stage and screen working with notable performers as Hollywood legend Mickey Rooney, Karen Black, Susana York, Stephanie Beacham, Norman Beaton, Tom Baker, Diana Quick, Derek Griffiths, Pam Ferris, Helena Bonham Carter as well as Freddie Mercury, Ruby Turner and Pete Townsend. Presented in an all-new 2K restoration created by Powerhouse Films from the only surviving film elements, GIRL STROKE BOY will get a rare screening as part of the London Creative Showcase at the Prince Charles Cinema, London, on Thursday 9th September 2021, and will be followed by a Q&A with Peter Straker. Bob Kellett’s film, based on David Percival’s play Girlfriend, is an uproarious British twist on Guess Who’s Coming to Dinner, with straight-laced, conservative, middle-class parents (Michael Hordern and Joan Greenwood) shocked when their son (Clive Francis) brings home his new “girlfriend” Jo (played by the indomitable Straker). Delighting in breaking taboos and exposing both the racial and sexual prejudices of the time, Girl Stroke Boy was unique in its frank discussion of race and gender politics – and emerges even more essential and relevant today. Considered highly controversial at the time of its release, Girl Stroke Boy has gone on to embrace a universal cult classic status reflecting Britain’s pioneering yet problematic relationship with onscreen sexuality. 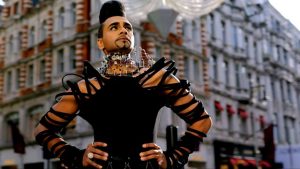 MR FABULOUS BEHIND THE GLITTER BALL
This film charts the extraordinary life of Jay Kamiraz, a man whose life journey can only be described as outstanding. He has moved and inspired many worldwide, gaining the respect and admiration of those who meet him, from private individuals to royalty. Mr Fabulous tells the story of one man’s battles with sexual prejudice, racial stigma and inequality. It charts his rise to fame and the evolution that produces his public persona “Mr Fabulous. This film is about triumph over adversity, which ultimately gives a message of hope. Directed by Amadin Ryan, Featuring Jay Kamiraz with special guest star Pierce Brosnan. 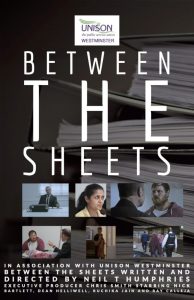 BETWEEN THE SHEETS
A Senior Police Officer nearing retirement, frustrated with the success of his younger colleague, decides to use outdated, unconventional methods with potentially disastrous results for all concerned. Between the Sheets is a short film with a satirical glance at the lengths individuals will go to protect those nearest and dearest to them, with potentially dangerous consequences for all concerned. Centred around the interview of a Police Constable arrested for possession of drugs, the arresting officer, subject to bullying and harassment by his manager, is flabbergasted at the lengths his senior officer DCI Baggerly will deploy to protect the guilty. Using a diverse cast and crew, the film tackles stereotypical behaviour with an unexpected twist. Written and directed by Neil T Humphries, Executive Producer Chris A Smith, Producers Alison Joy Smith and Stuart Croll. 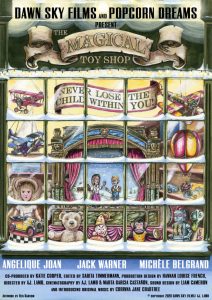 THE MAGICAL TOY SHOP
It is a short film with a satirical glance at the lengths individuals will go to protect those nearest and dearest to them, with potentially dangerous consequences for all concerned. Emma is a struggling young actress, despondent at her apparent inability to live up to her late mother’s name in the theatre industry and having to work at her grandfather, Oliver’s, Toy Shop to try and make ends meet. But, unbeknownst to her, things are not always as they seem, and Oliver still has a trick or two up his sleeve. Beckoning her over to where he is customarily sat in front of an old toy theatre, he reveals a surprising truth about Emma’s mother and how she used to enjoy playing with the very same toy theatre. With a little touch of magic, Emma begins to see the culmination of her dreams morph into life on stage, allowing her to reconnect to her mother and re-discover her love of acting and remember to never lose the child within her. The Ethos: One of the event’s main sponsors, Westminster Unison, believes in diversity and inclusion in its broadest sense. With its saving jobs campaign, Westminster Unison enthusiastically embraces re-opening the hospitality sector in London’s West End and supporting emerging talent. It appreciates that Central London is a global community with local needs. Both the event organisers and Westminster Unison also intend to take the opportunity to offer vital, on the job training and work experience. Collaborating closely with the London South Bank University and other Central London education providers. 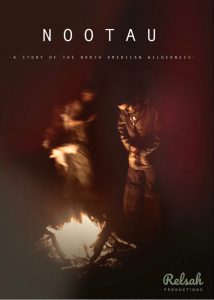 NOOTAU
Some years ago, in the North American wilderness, a young man travelling across uncharted territory was warned by an ageing Pawnee Indian of impending cold weather of great severity; the man decides to press on with his journey regardless. Produced by Relsah Productions, one of the UK’s most dynamic independent filmmaking families, it was established in 2017 to produce the film projects of one of the UK’s most exciting young independent filmmakers, Elliott Hasler. His father, Simon Hasler, set up the company, establishing a unique family film production company that aims to make ambitious and inspiring independent feature films. Based in Brighton, their films include Elliott’s first feature film, WWII The Long Road Home, completed when he was just 16 years old; this was followed by the short film To Hunt a Tiger, and they are currently completing their second feature film, Vindication Swim.

For further information about the film screenings and The London Creative Showcase 2021, please visit www.thelondoncreativeshowcase.co.uk.