Brazilian music, known for its diversity and Latin rhythms, actually has much in common with one of the UK’s biggest cultural exports – Rock ‘n’ Roll

Brazilian music is more immediately associated with genres like bossa nova, samba and Tropicália. Regional sounds, such as lundu, maracatu, forró, sertaneja are lesser-known. It all tends to get lumped together under the all-encompassing category of “world music”. So too does the country’s rock ‘n’ roll scene, somewhat relegated, internationally speaking, to specialist radios shows and niche record labels. But there is, in fact, an emerging contemporary Brazilian rock scene, typified by independent artists touring and releasing their own music overseas.

“I am sensitive to the traditional values, but the pleasures of experimentation seduce me like the sirens seduced the sailors in days of old.” The words of Brazilian sociologist, Gilberto Freyre, capture the essence of this new musical development in Brazil, where the boundaries between samba and rock, roots and pop, Bahia and London are becoming increasingly blurry and mixed.

In October, 1955, Nora Ney released Ronda das Horas, a cover version of Bill Haley’s classic, Rock Around the Clock. It opened the doors to the new subversive American sounds, paving the way for local rock idols like Cely Campello and Sérgio Murilo. A little later on, the Liverpudlian music scene inspired the Jovem Guarda movement and launched the careers of Roberto Carlos and Erasmo Carlos.

A truly original sound was born in 1968 when Caetano Veloso penned “Tropicália.”  Bossa nova was replaced by Tropicalismo, by the electric guitar, an experimental orchestra and the music of Gilberto Gil, Tom Zé, Gal Costa, Os Mutantes and Rogério Duprat. The movement had its watershed moment when Caetano and Os Mutantes performed “É Proibido Proibir” (It is prohibited to prohibit) at a music festival. The song was met with conservative boos from the crowd, forcing Caetano to retort, “Vocês não estão entendendo nada“. You understand nothing! Nothing!! 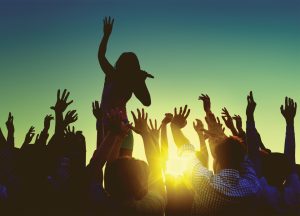 The political repression of the 1970’s was a rough time for Brazilian rock, when the MPB (Musica Popular Brasileira) movement was considered to be a more credible expression of the country’s music scene, and rock more as the foreign upstart. Regardless, around the country, it began to root itself in local cultures. In the North, folk, the music of Alceu Valença, Novos Baianos, Fagner, Belchior, Rodrix and Sá & Guarabira represented a mix of rock, samba and forró.

Further south, in Bahia, the influences of Elvis Presley and Luiz Gonzaga were evident in the music of Raul Seixas (co-writing with Paulo Coelho at the time). Meanwhile, former Os Mutantes band member, Rita Lee, had embarked on a successful solo rock career. The groups Novos Baianos and Secos & Molhados also shot to fame with their mix of rock and folk.

The influence of punk arrived in the 1980s. From Brasilia, Rio de Janeiro, Bahia, Porto Alegre and São Paulo the leading acts of the decade emerged; Barão Vermelho, Blitz, Titãs, Paralamas do Sucesso, Capital Inicial, Camisa de Vênus, Engenheiros do Hawaii and Legião Urbana. They were all embraced by FM radio, with one of the most successful acts – British-born musician Richard Court (known as Ritchie) –  selling over a million copies of his debut album.

The Rock in Rio festival, established in 1985, further solidified the commercial importance of the rock music in Brazil.

São Paulo was the birthplace to the Vanguarda Paulista scene in the 1980s. A movement that would conjugate around the Lira Paulistana theatre, with artists such as Itamar Assumpção, Rumo, Premeditando o Breque, Língua de Trapo and Arrigo Barnabé defining the experimental sound of the city, reinventing MPB in a more theatrical and sometimes atonal way.  São Paulo hosted the punk festival, O Começo do Fim do Mundo (The Beginning of the End of the World) in 1982, with a line-up of Inocentes, Ratos de Porão, Cólera and Olho Seco. The new scene was headlined by acts such as Magazine, Ira!, RPM and Ultraje a Rigor. There was also an underground post-punk scene, led by combos Gang 90 e As Absurdettes, Muzak, Akira S & As Garotas Que Erraram, Chance and Nes, Mercenárias, Smack, Fellini and Voluntários da Pátria.

São Paulo also had its own vibrant underground scene, which was strongly supported by MTV and included acts such as Pin Ups, Killing Chainsaw, Mickey Junkies, Okotô and Second Come. They were all influenced by their postpunk counterparts in the UK, as well as the local influences of Arnaldo Baptista, Tom Zé and Walter Franco.

Whilst much of the population had already embraced the triptych of sertanejo, pagode and axé music, sounds that would continue to dominate the airwaves, a few rock-inspired acts, such as Skank, Jota Quest, Mamonas Assassinas, Cidade Negra, Rappa, Charlie Brown Jr.  and Los Hermanos were able to break through.

The new century ushered in FM-friendly rock groups such as CPM22, Fresno and NXZero. However, a new scene has been burgeoning in a parallel existence, a sound that is no longer linked to just one city or region. It is a movement that no longer regards the traditional music business as irrelevant, and for the most part is ignored by popular radio and the press. Thanks to a network of independent music festivals and influential music blogs (some have a readership of over one million), Far from Alaska, Holger, Autoramas, Aldo the Band, Boogarins, are the new music acts that have expanding fan bases both in Brazil and abroad.

David has lived in Brazil for the past 20 years, working in the local music industry. His passions include dogs and beer.