Who cares whether they are famous or not! Uncovering the many interesting facts and attractions that each has to offer is what really matters

To spend time in London is to be pleasantly surprised, at any moment, by the unexpected or obscure. Culture, shopping, gastronomy or simply a gentle stroll about town, the capital offers its visitors things that they didn’t even know they wanted. Let’s take a closer look.

Tennis lovers will instantly recognise the name given that the neighbourhood is home to one of the most celebrated tennis competitions in the world, The Wimbledon Tennis Championships. During the off-season, you can still visit the Lawn Tennis Museum, which offers guided tours in different languages, including Portuguese.

Wimbledon Village offers a true sense of rural England, and is famed for its quintessentially British architecture and its traditional pubs. There is also a wooded expanse, Wimbledon Common, which is an excellent option for walkers, ramblers and picnickers.

Can you imagine a neighbourhood with its own currency? Imagine no longer: Brixton is one such area accustomed to this peculiar practice. It known as the ‘Brixton Pound’ and, fortunately enough, it has no bearing on the value of the pound sterling, the UK’s official currency. One of the striking characteristics of the neighbourhood is the diversity of its people, products and services. Brixton Village, for example, is a small shopping hub full of fishmongers, restaurants, greengrocers and souvenir shops. For a quieter moment—before or after Brixton’s bustling nightlife—there’s Brockwell Park, a picturesque spot to relax and take in the natural surroundings.

Dalston is one of the more artistic parts of the capital. People even say that sitting on a park bench and watching the world pass by is tantamount to attending a fashion show. In addition to its fashion credentials, Dalston is also home to ample street art, exhibitions and beautiful parks. As well as being culturally relevant, this neighbourhood in East London has fabulous restaurants, and several speciality stores selling exclusive products from Africa, America and Asia.

Hammersmith is located on the banks of the River Thames, so offers incredible views, day and night. What’s more, most of the local pubs overlook the river. Away from the water, visitors will find decent shopping options to please all tastes and budgets. After a day of exploring the area, catch a show or some stand-up comedy at the O2 Shepherd’s Bush Empire or Lyric Hammersmith. 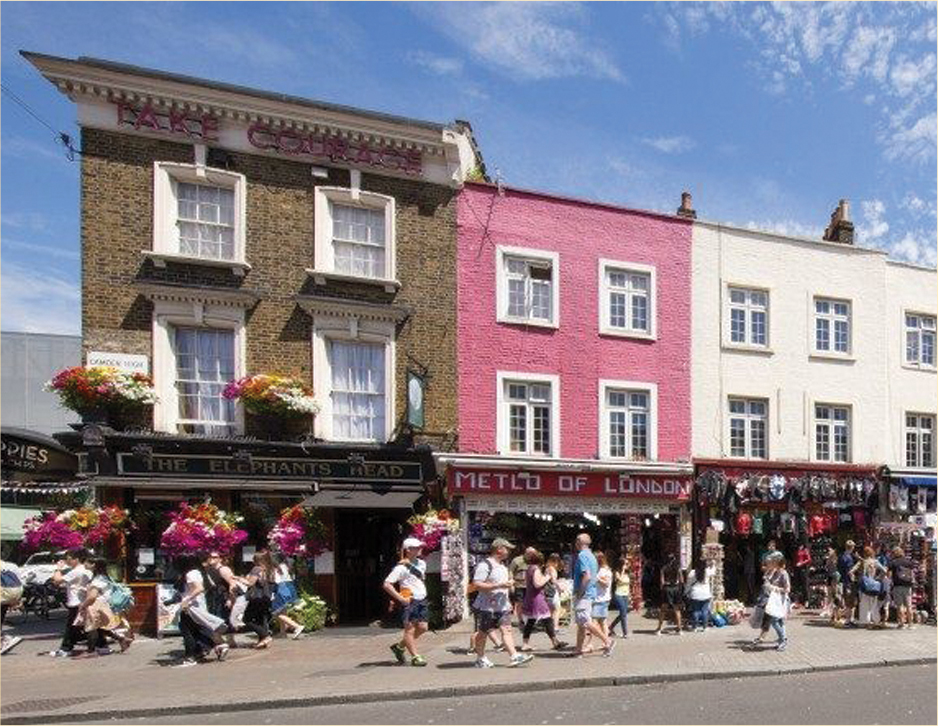 Camden Town is famous for two things: markets and music. The neighbourhood has a plethora of options for live music, such as the Jazz Café, where you can listen to performances by both established and up-and-coming musicians. This is also where you’ll find London Zoo. Those feeling somewhat adventurous might even be inclined to rent one of the luxurious lodgings located in the middle of the zoo’s grounds.