The VBRATA Brazilian Road Show 2017 took place in Southampton on 4 July, in Colchester on 5 July 2017 and in Leeds on 6 July 2017 and over 160 travel agents attended the three events. 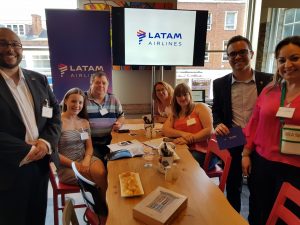 “The VBRATA Brazilian Road Show, which is in its 12th edition in the UK, is an annual event organised by VBRATA to promote Brazil to UK based travel agents. This edition of the VBRATA Brazilian Road Show took place in Brazilian restaurants where we promoted also Brazilian gastronomy to the agents. With support from our partners and suppliers, we covered three important UK cities, stimulating travel agents to find out more about Brazil” said Chris Fuzinatto, Chairman of VBRATA EUROPE.

“The events were totally fully booked and the agents had plenty of fun while tasting delicious Brazilian cuisine and networking our exhibitors” stated Chris Fuzinatto. 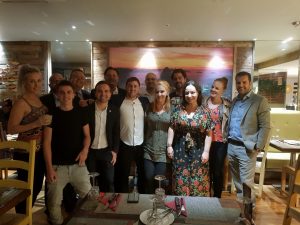 VBRATA is a UK based not-for-profit organisation whose members are dedicated and committed to promoting Brazil as a tourist and cultural destination to both the travelling public and the British travel trade.

The association is supported by the regional, state and municipal tourist offices within Brazil. In the UK we have the support of EMBRATUR – Brazilian Tourist Office and the Embassy of Brazil in London as well as our membership that is made up of the UK based tour operators, airlines and Brazilian travel suppliers with specialist knowledge of Brazil.

When it comes to getting good and sound advice on travelling to and around Brazil, contact a VBRATA member. They are the real experts on everything Brazilian. 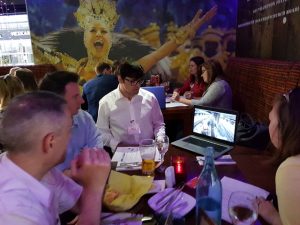