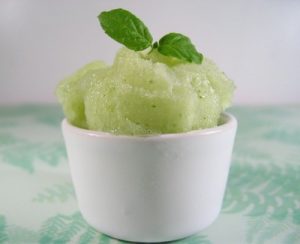 It´s never enough to talk about something that has always captivated the children and received a special date on the Brazilian calendar: 23 September is National Ice cream Day in Brazil. But why this date? Besides being the day that the ABIS (Brazilian Ice cream Sector and Industries Association) was founded, it also marks the day that the merchants of ice cream celebrate the beginning of the summer season in Brazil.

We already know that the ice cream was invented over two thousand years ago (https://www.bbmag.co.uk/time-holidays-time-ice-cream/). In Brazil the start of the ice cream happened in 1834 (or 1837, according to some other sources). But Brazil is not between the countries that have a high consumption of ice cream, despite the fact that it experiences high temperatures almost all year round. New Zealand and Australia are leaders in the world in the consumption of ice cream, per capita. Finland, a country with extreme low temperatures, is the fourth on that list.

So, the 23 September makes a good occasion for the kids to make their own homemade ice cream, a nutritious and marvelous dessert. So, I want to share with you a recipe that I created, which is shown in the picture. I just blended ½ can condensed milk with 2 and ½  cups of frozen raspberry. In just a few minutes I had a lovely reddish colored ice cream that I served as a dessert. It couldn´t be better…

I take the opportunity to write out this useful glossary about this special “sweet meal”:

Sorbet: made with flesh of fruit and water, without any kind of fat.

Sherbet: made with a maximum of 4-5% fat, therefore creamier than the sorbet.

Artisanal Ice cream: a homemade ice cream type, with least injection of air, therefore heavier, creamier and with a texture denser than the industrial one.

Industrial ice cream: made with high injection of air, very light and of softer texture.

Premium Ice cream: ice cream made with an amount of fat of approximately 16% that uses raw materials of higher quality.

Frozen yogurt: made with less concentration of fat, and using yoghurt as the main ingredient.

Natural ice cream: made with only natural ingredients and fruit, without using hydrogenated fat,

RIGLEA BRAUER HOLVA, somewhere between 60 and 70 years old, is from MG, but as a teenager she made her way out and ended up in the Brazilian Foreign Service. She has lived in several countries but never forgot her “mineirice”, which is reflected in her love of grammar and the delicacies that she bakes in her kitchen-lab every week. She has lived in Stockholm since 2008. With two sons and married to a Swedish-Finnish citizen, her home is like a “small UN”: languages, traditions, habits and culinary diversity cohabit peacefully. She has quite a few passions: the unconditional love for the family and friends, flavorful food and a good glass of wine. Cheers!