To kick off our section Latinos that Rock! we have selected Frida Kahlo, a Mexican with a fascinating professional and personal life story

Considered light-years ahead of her time, the painter’s work—inspired by the popular culture of her home country—centres around portraying Mexican folklore, nature, and people, including many self-portraits.

Her catalogue of work was only widely recognised posthumously, as of the late 1970s. More recently, in the early 1990s, she was embraced as an icon by the feminist and LGBTQ + movements.

Magdalena Carmen Frida Kahlo y Calderón was born at the family home in Coyoacán —known as the “Blue House” on July 6, 1907 and died on July 13, 1954. Her father, Carl Wilhelm Kahlo, was a German who, on arrival to Mexico in 1891, adopted a more “Spanish” name, Guillermo Kahlo. Her mother, Matilde Gonzalez y Calderón, was a Catholic of indigenous origin.

In 1925, at the age of 18, Frida suffered a serious accident; the bus she was riding on collided with a train. She sustained major injuries, including a pelvic fracture. This left her in the hospital for several months, clinging to life and undergoing numerous operations and necessary reconstruction surgeries. The painter had to wear orthopaedic vests for the rest of her life. Some of them were even featured in her works, such as painting A Coluna Partida. The accident also prevented her from ever having children. 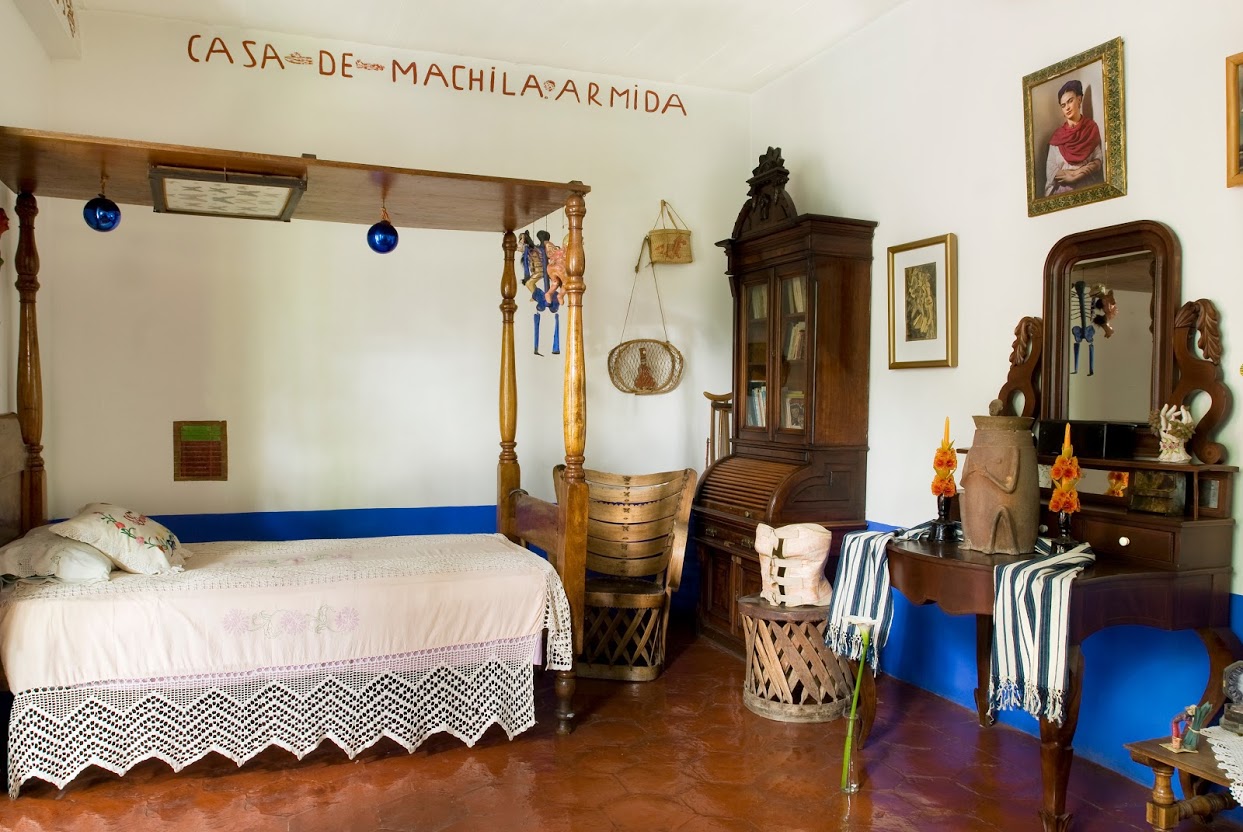 She met the love of her life, the Mexican painter Diego Rivera, when she joined the Mexican Communist Party in 1928. They married the following year. Between 1930 and 1933, they spent their time between New York and Detroit. Frida twice hosted Leon Trotsky at her home in Coyoacán, and, years later, they became romantically involved when she separated from Rivera. Diego openly accepted Kahlo’s relationships with women (she was bisexual), but not her affairs with men. Diego had a relationship with Frida’s younger sister, Cristina. They were able to get past this as a couple but decided to build a second house next to their first one, connected by a bridge. They remained married but lived separately, meeting at dawn each day.
Frida attempted suicide several times. When she was found dead in her bed, she had been ill for a long time with severe pneumonia and, although her death certificate registered the cause of death as pulmonary embolism, the possibility of an overdose was never ruled out.

The last entry in her diary read: “I hope my departure is happy, and I hope never to return—Frida”. Her ashes are kept in the house where she lived, which became the Frida Kahlo Museum. 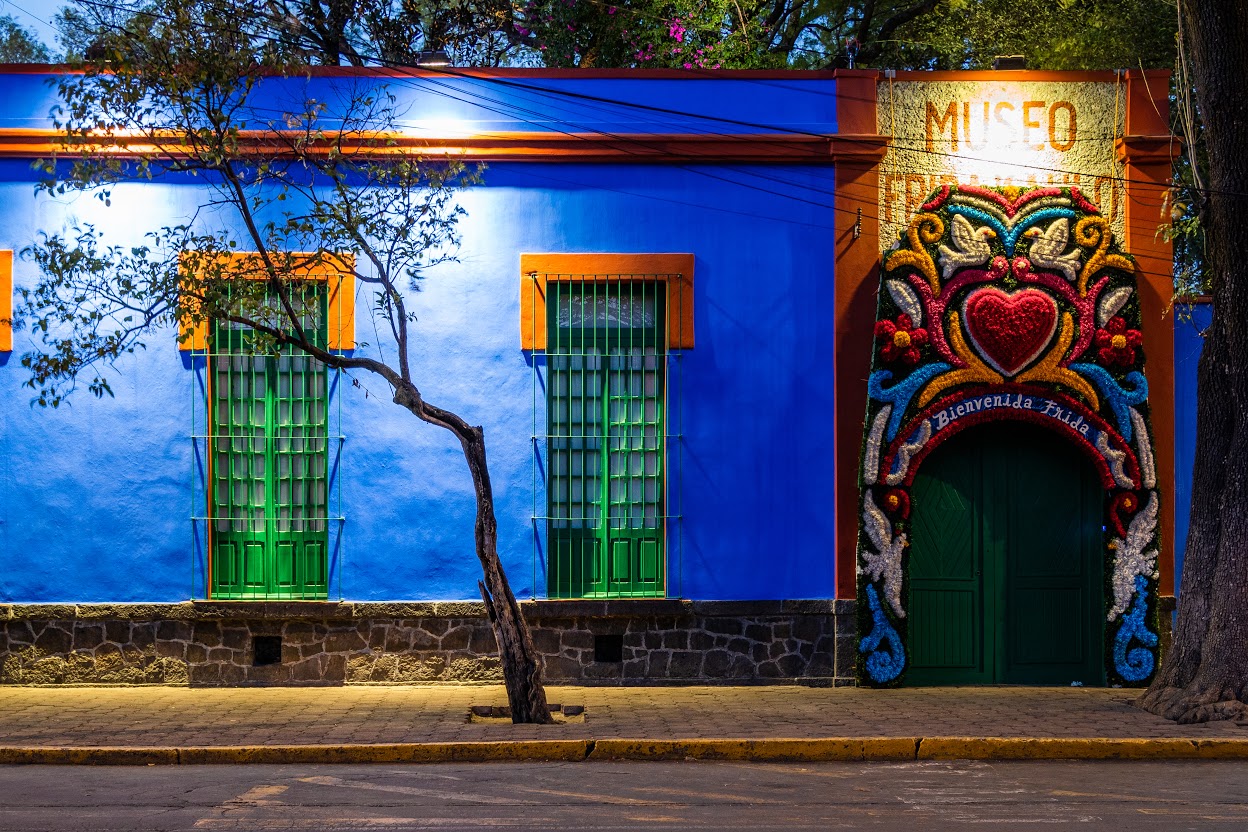 Among the multiple films based on her life, we single out two: Frida: Still Life (1986), directed by Paul Leduc, which is shot as if a collage of the painter’s memories before death; and Frida (2002), which is a biopic that features Salma Hayek in the role of Frida and Alfred Molina as Diego Rivera. 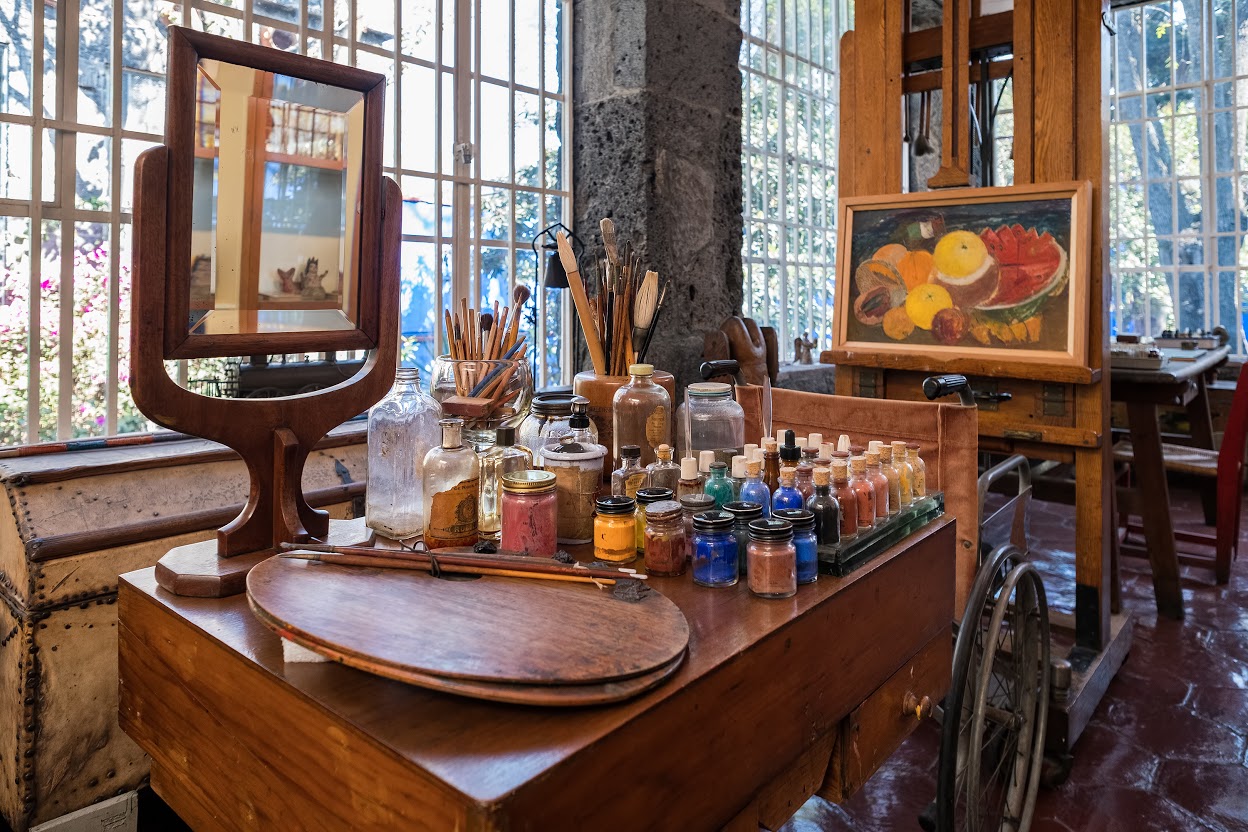 Coldplay’s 2008 album, Viva la Vida, meaning “Long Live Life” was inspired by a painting by Frida with the same title.

In Brazil, she is mentioned in the song Esquadros (1992) by the singer Adriana Calcanhotto and, in addition, is the subject of a book in the Argentine series, Antiprincesas (2015).

Even Google honoured her in 2010 by creating a stylised doodle of her self-portrait.

The original paintings of the famous Mexican have fetched incredible figures at auction: in 2006, at Sotheby’s in New York, Roots was acquired for US$ 5.6 million. Two Nudes in the Forest (The Land Itself), painted in 1939, was sold for US$ 8 million at a Christie’s auction, also in New York. 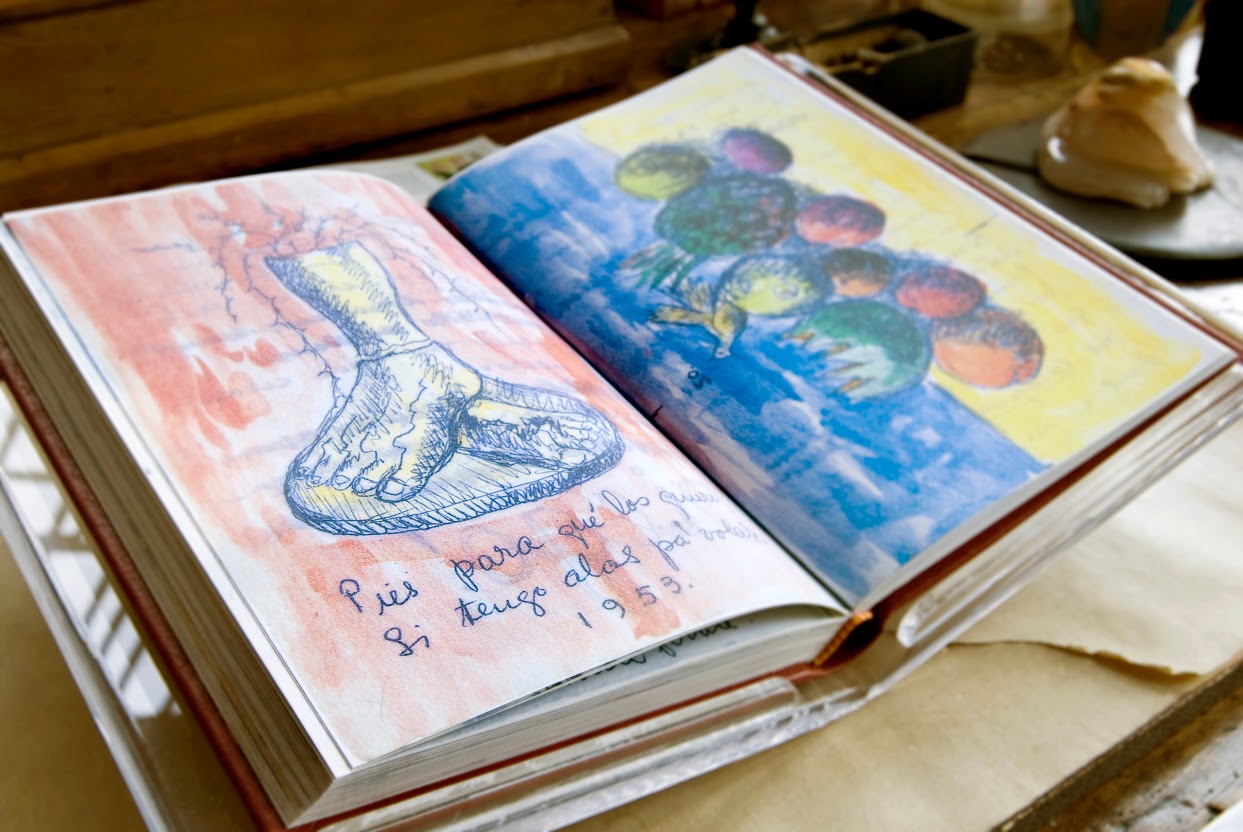 This section is dedicated to the talented Latino artists who have graced the international stage and are a constant source of pride of the Hispanic community. With so many influential names to choose from, BBMag will regularly profile a leading figure from the world of music, literature, and art. We would need countless pages to name each and every notable ambassador of Latin culture over time!