Cats are the sweetest and most mysterious creatures in the animal kingdom. They display incredible characteristics and are adored all over the world

Cats are really sweet pets. It is believed that they were domesticated naturally, and that it was the animals themselves that took it upon themselves to get closer to humans. As agriculture was developing, the appearance of rats searching for food led to cats coming into the human fold. Humans were happy to allow the presence of cats, as long as they kept away the rats. Cats have kept their self-sufficient hunter instincts and independence thanks to this initial arrangement. Humans didn’t need to feed them, as they kept themselves fed by catching rats.

We’ve long known how cats were idolized in Ancient Egypt – it is supposed that the human-feline relationship springs from that time. Cats were considered to be divine by the Egyptians. People found to be mistreating cats were sentenced to death. Another place in which cats were highly thought of was Persia. 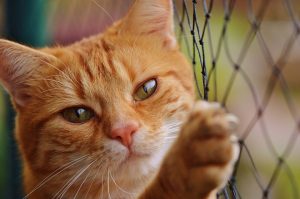 At the time of the Roman Empire, cats had an important role as hunters and companions, and it was at this time that they started making their way across Europe, as the Roman territories expanded. In China, cats were seen as a woman’s companion. In Japan, cats made an appearance as a gift for the Emperor Ichijo, and were warmly welcomed by Japanese society.

Cats gradually spread around the continents, thanks to the development of long-distance sailing. Those who associate parrots with seafaring are mistaken. In truth, cats were the sailor’s friend, as they kept the food safe from rats. 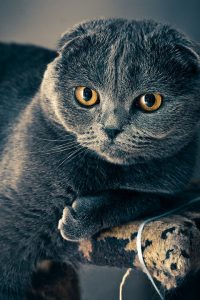 Cats and the United Kingdom
In England, the royalty fell in love with the animal. Queen Victoria became interested in the discoveries being made about the Egyptians and their feline adoration, and soon acquired two Persian cats. As she was a popular Queen, a fashion was started for adopting cats. On the other side of the ocean, cats appeared at the same time as the colonization of the American continent. In Brazil, cats are always highly sought after by those who love pets.

An interesting coincidence is that there is a type of cat, in Brazil and England, with the same name, but with differing origins. The short-furred British cat has blue-grey fur, is docile, loyal and independent. It arrived at the time the Roman Empire was in England, but its characteristics were accentuated thanks to the writer Harrison William Weir, who started breeding them. This is how its strong characteristics, such as blue-grey fur, good health, and peaceful nature were stimulated. Famous in the British Isles, this type of cat is rare in other parts of the world. 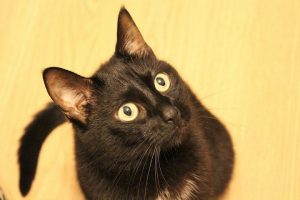 The short-furred Brazilian cat is originated from crosses with European cats, but has now been recognised as a unique Brazilian type. It is elegant and agile, not as sturdy as the British one, and can come in many different colours and patterns. Similar to its brother-by-name, it is a healthy, independent, intelligent and quite affectionate cat.

Very loyal, with a hunter’s natural instincts, clean, independent and charming, cats continue to enchant the hearts of thousands of people. People who refuse to see them as a possession and, in fact, see cats as life companions.

Bossa Brazil Magazine is free to all UK based readers ensuring that all our sponsors and advertisers benefit from 100% awareness to our given distribution audience made up of Brazilian governments and establishments, industry organisations, bars and restaurants, arts centres, schools, cinemas, theatres, shows, festivals, events’ venues and many more...