From Latin America to the UK, Latinos have a long history of stage success at London’s famous Royal Ballet

The Royal Ballet is the UK’s oldest and most prestigious ballet company and has two locations: the first at the Royal Opera House, in Covent Garden, London, and the second in Birmingham. The company’s world-renowned reputation makes it a beacon for aspiring performers looking to make it on the international stage. And, of course, there are several dancers of Latino descent that have made the Royal Ballet their home! Here we profile just a few: 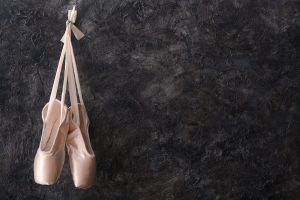 Born in Argentina, Marianela has been one of the Royal Ballet’s premier dancers since she joined in 1998. Winner of several awards, Núñez is a versatile performer who started dancing at a very age, when she was just 3. Her success has taken her far and wide, appearing with several other dance groups around the world, in countries like Austria, Australia, the United States and Italy.

Mayara, a Brazilian, currently holds the post of First Soloist. She graduated from the company itself in 2012, having participated in some of the Royal Ballet’s headline productions, like Don Quixote, Anastasia, Swan Lake, The Nutcracker and many others. At 8, she won a scholarship to study ballet in her hometown of Rio de Janeiro, and, in later years, won critical acclaim and various awards.

Also Brazilian, the talented Denilson is the company’s newest acquisition, having joined in the 2020/2021 season as part of the Aud Jebsen Young Dancers program. He started his study of dance in Rio de Janeiro when he was 10 and quickly earned high praise for his virtuoso performances, as well as several awards. All signs suggest he has a long and very bright future in dance. 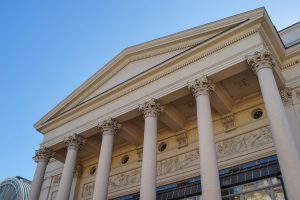 Colombian Fernando Montaño joined the company in 2006 and in 2010 and was promoted to first dancer and soloist in 2014. He left the company in December 2020, but continues to dance and support various social causes, including “Children of the Andes” and the “Marine Conservation Society”, the latter based in the UK.

This director and former dancer born in Havana, Cuba, completed his dance studies at the National Ballet School of Cuba with a “gold medal” and top qualifications. He was a permanent member of the Royal Ballet for 17 years (1998-2015), before giving his final performance in Carmen, which he also choreographed. Many have compared his talents to those of ballet icons Mikhail Baryshnilov and Rudolf Nureyev. He was named director of the Birmingham Royal Ballet in January 2020.

This Mexican-Canadian dancer is one of the newest additions to the Royal Ballet’s line-up. He made his stage debut at just 4, when he performed with the Royal Winnipeg Ballet in Madame Butterfly. Although it is little surprise given that his parents, Taina Morales and Jesús Corrales—former directors of the Royal Einnninpeg Ballet and Les Ballets Canadiens—trained him as soon as he could walk. Winner of the 2016 Rise Dancer Award, the young man has starred in several of the group’s productions and was recently promoted to lead dancer (May 2021).