Who says that you have to spend a fortune to have fun in London?

Indeed, it’s possible to enjoy incredible days out and explore fascinating places without spending a penny. Take our advice and get out there and enjoy yourselves!

1 – Portobello Road – Thanks to the market, held every Saturday, Portobello Road has become one of Notting Hill’s most renowned streets. What few people know, however, is that there’s much to explore beyond the market itself: Visitors will find antique shops, clothes, fruit and vegetable stalls, and friendly restaurants, as well as quaint local housing set in a tranquil and captivating setting.

2 – Camden Town – there are still many traces of the neighbourhood’s past as a stronghold of punk culture, and this is clearly evident in some of the products on sale at the market. In addition, there are several recommended restaurants. Or you can simply take a walk across the bridge that runs along Regent’s Canal.

3 – Piccadilly Circus – One of London’s most iconic landmarks. Both statue of Eros and the dazzling electronic displays above, denote the starting point of Regent Street, one of the city’s busiest thoroughfares, the shops of which will have you coming back time and time again.

4 – Little Venice / Camden – The short hop between Camden Town and Little Venice can be done by foot, by following the banks of Regent’s Canal. Along the way you’ll see several of the famous boathouses that line either side of the canal. You can walk from one neighbourhood to the other, along both banks. Those looking to stretch their legs further can walk all the way to King’s Cross Central.

5 – Hampstead – Although it’s primarily a residential neighbourhood, there are several tourist attractions, such as Fenton House, Hampstead Heath, and Kenwood House, a museum that offers free admission.

6 – Richmond – Richmond Park is perhaps Richmond’s principal attraction, and draws people from all over to catch a glimpse of the majestic deer that roam the park. In addition to the great outdoors, there’s also Ham House, as well as several pubs and restaurants, where visitors can enjoy traditional afternoon tea.

7 – Brick Lane – Brick Lane has everything that East London has to offer: Quality gastronomy, thrift stores and independent retailers of every kind. The most famous hangouts are the two 24-hour diners and the Cereal Killer Café, which serves every type of cereal imaginable.

8 – Covent Garden – Covent Garden is another hub of markets, shops and restaurants, making it a great place to meet friends and explore. There are always street performers too, regardless of the weather. If you’re not pushed for time, be sure to visit the Royal Opera House and the London Transport Museum.

9 – London from up high – London is a relatively flat city, which means that tall buildings stand out clearly. Many of them, such as the Sky Garden, are open to the public meaning that you can enjoy views of the sprawling metropolis from up above. Both the Royal Festival Hall and the top floor of the Tate Modern are other options that also grant visitors, for free, a stunning view of London.

10 – Parks – Some might label London a grey city, but in fact half of the capital is made up of green spaces. The various parks account for much of this grey-green divide, in particular Hyde Park, Green Park, Regent’s Park, St. James’s Park and Kensington Gardens, among many others. They are, of course, ideal places to take a breather and enjoy the immediate surroundings. 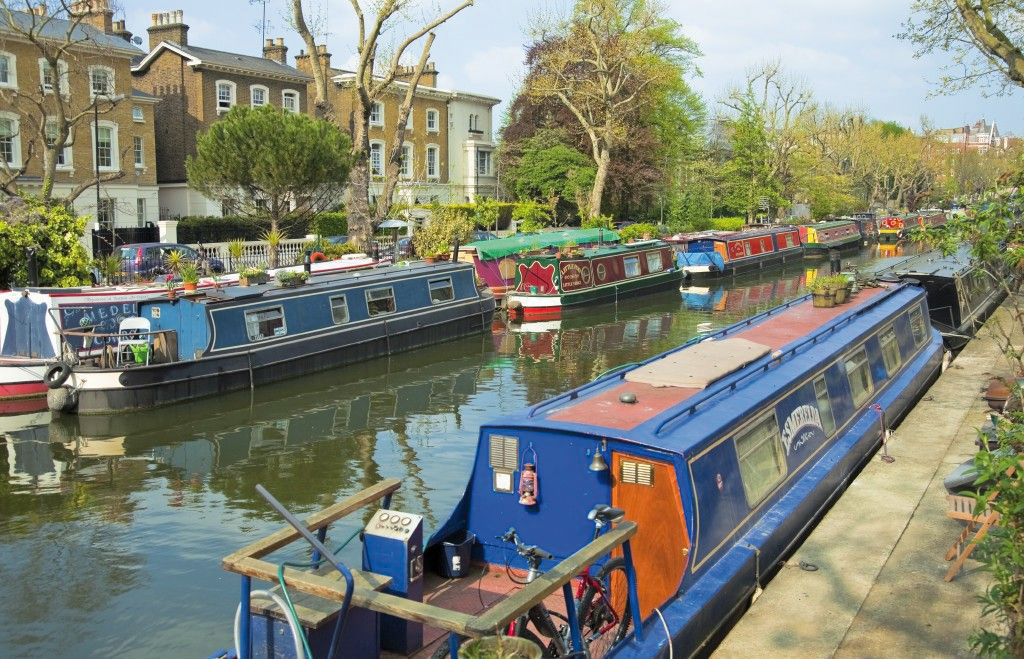 11 – Tower Bridge – Our suggested walk, which takes about 45 minutes, will take you across Tower Bridge from the north side to the south side and then along the Thames. This route allows you to spot several famous landmarks, such as London’s City Hall, the Tate Modern, the Millennium Bridge, Borough Market, the Southbank Centre and, finally, the London Eye. Ending up at Westminster Bridge, you’ll find yourself dwarfed by the imposing Houses of Parliament and Big Ben.

12 – Museums – The UK is home to some major museums, libraries and cultural centres. Names such as the British Museum, the Tate Modern and the National Gallery are known the world over and some are even world record breakers, such as the London Library on account of its size and heritage. The best news is that the permanent exhibitions offer free entry and rarely close!

13 – Abbey Road – Given the Beatles’ fame, need we say any more? Be sure to do as all other tourists do: Pose on the now iconic pedestrian crossing and ask someone to take a picture.

14 – Westminster Cathedral – The cathedral can be accessed for free, unless you wish to climb to the top to get a better view of London, in which case you’ll need to buy a ticket. Either way, it’s worth a visit just to savour the stunning architecture.