Accessories and clothing, like music, dance, cuisine and landscapes, capture the essence of Latin American culture

Can you tell someone’s nationality by the hat they’re wearing? Surely, especially if it’s a Mexican sombrero, popularised around the world in the golden years of that country’s cinema, between 1926 and 1956. It has become a much-celebrated cultural icon over the years. But the various types of Latino hats—whether garments of high fashion or to simply offer protection from the elements—are more than just accessories. They are cultural symbols. Let’s look at three of the most famous.

Despite its name, the Panama hat hails from Ecuador. Cuenca, a city 441km from Quito, is widely regarded as the Panama capital of the world, where some handcrafted hats—made with exclusive fibres—can set you back thousands of dollars and take several months to be made.

In addition to protecting users from the sun, Panama hats have become a stylish fashion accessory, adopted by many A-list personalities around the world.

You may be wondering where the hat gets its name? Some say that it was popularised shortly after former US President Franklin Roosevelt visited the Panama Canal in 1906 wearing one. Others say that the hats were exported by the Spaniards via the Panama Canal and the name stuck.

What matters, though, is that it’s an iconic symbol of modern-day style. 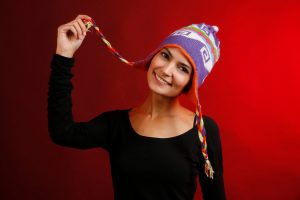 Peruvian hats are notable for their uniqueness and crafted beauty. Without a doubt, Peru has one of the widest range of hat styles and it is possible to identify a person’s home and status just by the hat they wear.

The Chullo, handmade with alpaca, llama, vicuña or sheep wool, is a popular choice in the coldest reaches of the country and even has flaps to cover the user’s ears. They come in a whole multitude of colours and patterns, the choice of which often denotes the wearer’s profession or marital status. The Chullo is also common in Chile, given the proximity to the Andes Mountains.

The Piura is made from palm leaves dried in the sun until they acquire a white hue to contrast its signature black ribbon. The Ayacucho is a small traditional hat made with sheep’s wool. Worn by women, they are decorated with flowers or other colourful details. 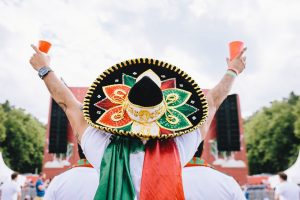 There are more types of Mexican hats than you might first think, but the Charro, of Spanish origin, is emblematic of Mexican headwear.

Charros are traditional Mexican cowboys, and their hats are usually made with rabbit hair or wool but can also be made with palm leaves. The hat industry employs entire families of artisan hatmakers. The sombrero, as it is more commonly known, is the perfect hat for working in the field as is not only protects wearers from the sun, moisture and dust, but is also ideal for stoking fire, scaring away snakes, distracting bulls, giving drinking water to horses, shielding oneself from a blade in a fight, cushioning the head in case of a fall, and so on…

The mariachis (a traditional group of Mexican singers) also began a tradition of using the hats. There is no one specific model or material, but they often feature embroidered details and designs. One notable difference, though, is that the mariachis, unlike the cowboys, have the front of their sombrero kinked at the front so audiences can see their faces.