An unforgettable destination brimming with must-visit attractions and events

History, culture, architecture and gastronomy are just some of the highlights of this incredible country, a peninsula located in south-central Europe, which borders France, Switzerland, Austria and Slovenia.

Italy has two independent states, San Marino and the Vatican, as well as an Italian enclave in Switzerland, the small town Campione d’Itália.

It is one of the founding countries of the European Union and part of the Eurozone, as well as being and active participant in different global political groups.

But to get to truly know Italy, you need to understand the country’s past.

For centuries, Rome, the capital, was the political and religious centre of modern civilisation; it was the heart of the Roman Empire and the Catholic Church. After the fall of the Romans, however, the country was subject to foreign invasion.

The Renaissance, an intellectual movement that became an important part of the formation of European thought, was linked to a series of social, political and economic changes that occurred in the late Middle Ages. After the fall of Constantinople, the ancient Byzantines settled in Italy, where they developed a classical culture. Artistically, this gave way to paintings of a more vivid nature and marble sculptures that surpassed those of classical antiquity. The philosophy of the Renaissance had a profound impact on all aspects of Italian life and soon spread to France, England and much of Europe.

The Risorgimento (Ressurgimento, in Portuguese) was the effort to unify the country, which at the time was essentially a collective of small states under foreign rule. King Victor Emmanuel II was able to form a Nation State in 1861 before the monarchy was disbanded on June 2, 1946, and Italy became a republic.

The Italian economy underwent radical transformation in a relatively short period, from 1958-1963, and went from being a predominantly agricultural country to one of the seven largest industrial powers in the world. 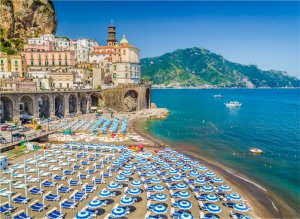 The climate in Italy is temperate, with the Mediterranean Sea lapping the peninsula’s shores. Coastal areas tend to have a less variable weather during the seasons than the nation’s inland expanses.

In autumn, characterised by rain and average temperatures of around 16/18 degrees, colourful foliage marks the season.

Winter, with colder temperatures from December through to March, is sure to bring snow to the north, especially in the Alps and Apennines.

Spring, from March to June, tends to be more clement and the longer days mean extra daylight to explore all on offer. Nature is in full swing, making for some breath-taking scenery.

Summer, from June to September, is ideal for relaxing on beaches, hiking magnificent mountains and touring the wonderous cities of art. 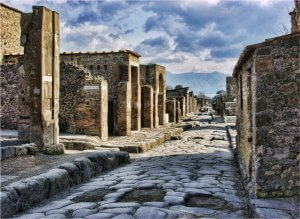 The country has—and continues to have—a strong cultural influence on the rest of the world. It is the cradle of Etruscan civilization, Magna Grecia, Roman civilization and the Catholic Church, and the birthplace of many artists, scientists, musicians, writers and explorers.

From the early works of Leonardo da Vinci to present-day fashion to classical monuments, Italian creativity is an established reference point. Cinema, design, architecture and the creative industry help Italy maintain its prestigious footing and define new trends on the national and global stage.

It is almost impossible to think of an aspect of contemporary ​​culture and art that has not been shaped by Italian influence. Music, painting, sculpture, architecture, fashion, design, gastronomy and cinema define a nation—no wonder the country boasts 50 world heritage sites, a list which includes monuments, buildings and entire cities.

Great names not only tell the story of a country, but the history of world art and culture: Donato Bramante, Gian Bernini and Francesco Borromini, for architecture; Dante Alighieri, Maquiavel, Boccaccio and Umberto Eco, for literature; Botticelli, Caravaggio, Rafael, Titian and Modigliani, for painting; Leonardo Da Vinci and Michelangelo, for sculpture; Puccini, Rossini, Verdi and Vivaldi, for music; and Roberto Rossellini, Vittorio De Sica and Luchino Visconti, for cinema. That is some cast. 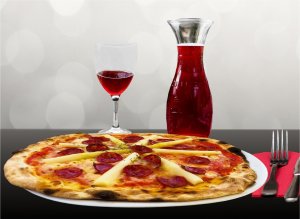 And it is impossible to talk about Italian influence without reference to its cuisine! Ingredients and dishes vary by region, as do breads, cheeses and wines. Italian meals often consist of three or four courses, starting with the antipasto, then primo piatto, in some cases the secondo piatto, and then fruits, cheeses or sweets, followed by coffee and liqueurs to finish.

World-famous culinary traditions are linked to bread, wine, the production of olive oil, truffles, mushrooms, pasta and sweets. Each region has its own specialties, which are related to the specific climate, the type of terrain and the local culture.

Italy has five highly revered cooking schools. In Cosenza, the Maccaroni Chef Academy focuses on regional cuisine, working with food and drinks that “tell local stories”. And that’s how they run their course: prioritising local ingredients and small producers in the name of accentuating the essence of local food.

In Milan, the Food Genius Academy is one of the most celebrated and respected in Italy. Well established in the hospitality trade, it has access to top-of-the-line equipment for industrial cuisine and offers courses and workshops for amateurs and professionals.

The most famous cooking school in the world is in Parma, in the Reggia di Colorno. Gualtiero Marchesi, one of the greatest Italian chefs of all time, was one of the founders of the ALMA La Scuola Internazionale di Cucina Italiana, which offers a range of courses, from hospitality management to cooking.

Located in a stunning 16th century Florentine palace, the Cordon Bleu Italy Culinary Art School is the oldest (still active) culinary academy in Tuscany. Its focus is on introducing students to the traditions and history of world cuisine.

Finally, the University of Gastronomic Science of Pollenzo, in Cuneo, prides itself on training professionals of culinary distinction, with courses for every type of chef. 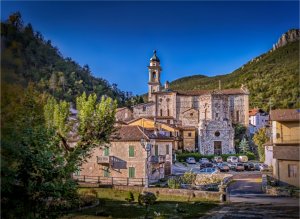 Italy is divided into 20 regions, equivalent to the Brazilian states, each with different dialects and lifestyles, climates, and local intrigue. Lombardy and Veneto, for example, are the most economically significant. They are home to famous mountains, hills and lakes. Piedmont is the second largest region in the country and borders France and Switzerland, with the Alps (the winters here can be severe).

Lazio, home to Rome, is historically important and a number of cities that still preserve Roman ruins. Campania has several notable attractions and a must-taste menu—including what is widely considered the best pizza in the world, in Naples. Emilia-Romagna drives the luxury sports car market, with Lamborghini, Ferrari and Maserati factories.

Veneto and Tuscany are the regions that most tourists gravitate to.

Italy is known for its wines and each region produces characteristic grapes used to make world-popular wines, such as Barolo (Piemonte), Prosecco (Veneto), and Chianti (Tuscany). 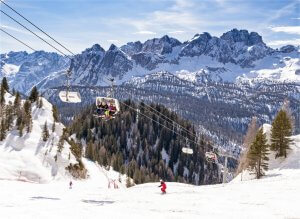 The charm of each region is manifest in the enchanting cities they host. Rome oozes culture and history. It is undoubtedly one of the most beautiful cities in the world and a backdrop to some important hallmarks of the Roman Empire, such as the Colosseum, the Pantheon and the Roman Forum.

When taking in the sights, it is certainly worth visiting the Piazza Navona and the Piazza Venezia and tossing a coin into the Trevi Fountain for luck. Rome is also where visitors will find the Vatican, home to the Pope and St. Peter’s Basilica.

For fashion lovers, Milan is full of stores from major brands that set trends around the world. You can also find the third largest church in the world, Milan’s Cathedral, with columns and structures made entirely of marble, in the Piazza del Duomo, another busy tourist spot.

It is also worth noting that Milan is home to one of the most important Renaissance works, “The Last Supper”, painted by Leonardo da Vinci.

Known as “the city of love”, Venice is one of the more popular destinations for couples. Its canals, which weave around the city, offer an entirely different angle for sight-seeing—from a gondola. There is also the Basilica of San Marcos, built with gold floors and mosaics, in addition to the Leonardo da Vinci Museum and the Ducal Palace.

Florence is practically an open-air museum. With cathedrals, monuments and historic architecture, the city attracts many tourists to the Piazza del Duomo, where the Santa Maria del Fiore Cathedral is located, and the Piazzale Michelangelo, which offers a panoramic view of the city. It is also worth visiting the Dell’Accademia Gallery, which houses an impressive collection of works of great historical importance.

Naples is sometimes overlooked but has plenty to engross any traveller. Discover the Duomo of Naples, the Chapel of Pio Monte della Misericordia—home to one of Caravaggio’s principal works, “Seven Acts of Mercy”—and Via San Gregorio Armeno, a hotspot for shopping. 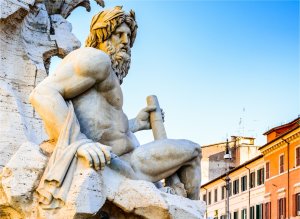 Speaking of shopping, some items, be them gifts or decoration pieces, encapsulate the essence of a region. For example, the quintessential masks of the Venice Carnival, handmade in artisan workshops. They are usually made of porcelain, glass or leather.

Another Italian craft is Murano glass, which symbolises the “Made in Italy” spirit and is completely handmade. Each piece is unique, and goods range from decorative glass to hand-blown lighting.

The prized jewels displayed in the shop windows of Florence are created by skilled goldsmiths who pass on their trade from generation to generation.

Other symbolic items that represent Italian craftsmanship include Amalfi paper (considered one of the most elegant for invitations and stationery), the wooden cuckoo and the Sicilian doll.

This fantastic country, thanks to its artistic and architectural treasures, culinary delights and natural wonders, always leaves you wanting to come back and experience more. Who could ever get tired of such cultural riches?

Currently concluding his graduation in Journalism, Eduardo is passionate about communication and tourism. At the age of 22, Eduardo has lived almost entirely in Foz do Iguaçu, Brazil, he is a dreamer to discover the world. Having worked as a press officer and also in ​​communication and marketing agencies, Eduardo is always looking for new challenges and learning opportunities.