As well as being a celebrated writer and accomplished playwright, Oscar Wilde is fondly remembered for his remarkable personality and affectionate nature, which once even landed him in jail

Oscar Wilde was one of the most famous writers in Europe, and unquestionably Ireland’s most revered playwright. Born in the mid-nineteenth century, Wilde was the son of two Irish intellectuals who unquestionably contributed to his exemplary education. From an early age he began learning foreign languages (German and French) and at university he became a scholar of classical history, especially Greek literature. 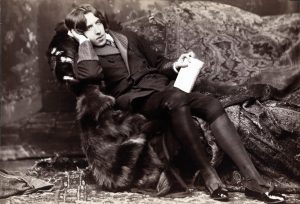 His pronounced and extravagant personality helped him achieve a certain degree of notoriety, not just in Ireland but also throughout Europe, especially in London. Already deemed an insightful and poignant intellectual, Wilde worked as a teacher in the US and Canada, published a book of poetry, wrote articles as a journalist, and campaigned relentlessly to get art the recognition it deserved among wider society, especially with regards to the Aesthetic Movement, which essentially advocated “art for art’s sake”.

An eminent writer, his best-known book is arguably The Portrait of Dorian Gray (1891), in which art serves as a panorama to highlight human vices. According to Wilde, the final years of the Victorian era were marked by the decadence of traditional institutions and customs, which contributed to his foray into dramaturgy, which resulted in one of his most acclaimed works, The Importance of Being Earnest (1895), in which he analyses the fragmented aspects of human morality in English society.

Although he was married to Constance Lloyd and fathered two children, rumours soon circulated about his sexuality, and a turbulent marriage led him to seek comfort in extramarital affairs. When he met his lover, Lord Alfred Douglas, Wilde entered a new realm, that of the somewhat gay underworld of the time, and one that would ultimately contribute to his downfall in a society that contested homosexual relationships.

Having filed a libel suit against Douglas’s father, the Marquis of Queensberry, Wilde decided to withdraw his case for fear of any corroborating evidence. However, this was done too late and irrefutable evidence of his “crime” was exposed, causing the Marquis himself to bring Wilde to justice, which resulted in his arrest. 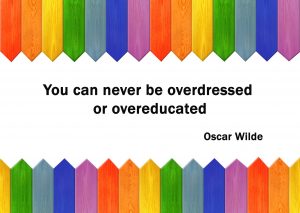 Sentenced to almost two years hard labour and imprisoned, the writer’s spirit was gradually crushed, in particular because he was denied the right to read or write. It was then that he seized the opportunity to reflect on his life’s events and, whilst still incarcerated, managed to write a moving letter to Douglas, called “De Profundis”. After being released from prison, he left the UK to live out his days in France, where he published his last play and his memoirs as a prisoner. He died on 30th November 1900.