The NHS, the UK’s public health service, and its central role in fighting the pandemic

The NHS (National Health Service) is the UK’s public health system and was a major influence on Brazil’s counterpart, SUS, or Sistema Único de Saúde. The UK divides the NHS by country and each unit acts independently, governed by local governments in England, Northern Ireland, Scotland and Wales. The NHS is responsible for a broad spectrum of health services ranging from primary care to more complex medical procedures. 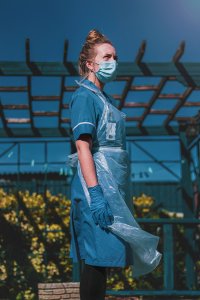 Funded in a similar way to SUS, that is, through the collection of general taxes, the NHS provides universal coverage for the population; the only services not covered are dental and ophthalmological work. The UK has a far smaller population and geography than Brazil, so the NHS is arguably more efficient than SUS, and in 2020 was marshalled to combat the spread of Covid-19.

According to data released by the NHS, from analysing the genetics of the virus, it was possible to determine that the vast majority of the early cases in the UK came from Europe. This highlights how the UK was unable to implement sufficient tracking and containment measures early on in the initial outbreak, which plunged the entire country into one of the most serious health crises in modern history.

Thankfully, doctors, nurses, technicians, and other health professionals were well-prepped to react to the challenge with heads held high. By putting the lives of others first, these healthcare heroes bypassed political rhetoric and other logistical concerns to save others and deserve public recognition for their selfless acts of courage.

Their battle continues, however—it was recently announced that there will be a number of rehabilitation centres opened for patients suffering ongoing health issues having survived Covid-19. The first part of the programme will feature an online portal where patients can communicate with doctors as part of their ongoing treatment. There are several serious conditions stemming from the virus, including chronic fatigue, kidney problems, oxygenation issues in the brain and heart, among others that have not been studied at length yet. What is known, however, is that these professionals still have a lot of work ahead of them, which demands further dedication and even less time with their loved ones. So, think of them fondly. 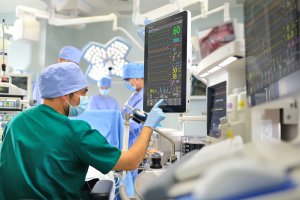 The UK’s Prime Minister Boris Johnson, who himself contracted the virus, proclaimed that NHS doctors saved his life when he was finally discharged from hospital. The politician was infected in April and spent a week in NHS care, assisted mainly by a nurse from New Zealand and one from Portugal. It just goes to show how important those who care for us are when we’re rendered defenceless, regardless of one’s nationality, race or status.

In addition, it is equally important to recognise the role of scientific researchers, who are working tirelessly to create a vaccine for Covid-19 and test the most effective treatment methods for those with the virus. Recently, researchers from prestigious universities in the UK and Brazil joined forces to work in partnership to develop a vaccine.

So, think of these dedicated professionals that have, and will continue to put the crisis before their own needs next time you contemplate leaving the house without a mask or lapsing strict adherence to public health guidelines. These professionals are the men and women who, somewhat unfairly, bear the true burden of the pandemic. So, show your gratitude by protecting yourself and those around you.