Once upon a time, this Roman amphitheatre would accommodate 30,000 spectators at a time. Today, that number has been halved for safety reasons and to allow for better acoustics. Over the centuries, however, the arena has been used for a variety of activities and it is only since the Renaissance that efforts have been made to restore it to its formed grace as a de facto amphitheatre.

The original use was as a stage for gladiatorial battles—warriors of Etruscan origin who fought among themselves or, sometimes, against animals, usually until death. With the decline of gladiatorial games over the first three centuries AD and the growth of Christianity, amphitheatres were repurposed to host other spectacles, such as operas, plays, balls, etc.

Interestingly, the amphitheatre was originally planned for the periphery of Verona to help avoid any congestion or issue related to city life, but the limits of Verona were expanded under Emperor Galiano and the new city wall was built to incorporate the venue. 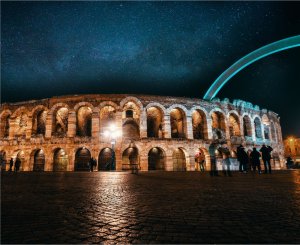 In modern times, the Arena of Verona has regained the cultural status that it enjoyed hundreds of years before, largely in part thanks to the plans of Renaissance architects, such as Caroto and Palladio. In 1586, after an outbreak of plague, the amphitheatre was successfully rebuilt, with the particular objective of making it suitable for the performance of opera. Other restorations were made over the 17th and 18th centuries and, little by little, the Arena was returned to grandeur. In 1805, when Verona was under French rule, the amphitheatre was visited by none other than Napoleon Bonaparte.

From 1913, the Arena of Verona started to host the Verona Opera Festival, commemorating the 100th anniversary of the birth of composer Giuseppe Verdi; fittingly, the first presentation was Verdi’s Aida. Since then, the amphitheatre has staged performances every summer (breaking only for the two World Wars). It has hosted shows and concerts by many famous bands and artists, such as Pink Floyd, Frank Sinatra, Bjork, Kiss, Deep Purple, and Black Sabbath, among others. 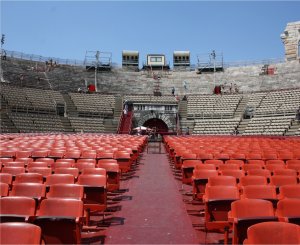 But the main focus of the amphitheatre has been opera, a performance art married to classical music. The origins of classical music trace back to the late 16th century, in the city of Florence, Italy, a country that has become a mecca for leading composers. Many other musicians composed works in Italian, such as Mozart, which demonstrates the influence of Italian music on the European arts.

Jacopo Peri is considered the inventor of opera, even though his work, Dafne, has been lost over the years. His objective in writing such music was to restore the Greek tragedies that, for him and his group, the Camerata Florentina, could be sung in their entirety. The origin of his idea reflects the precepts of the Renaissance period—to seek inspiration in antiquity—while the execution comes from the practice of monody, which was popular in the late 16th century. 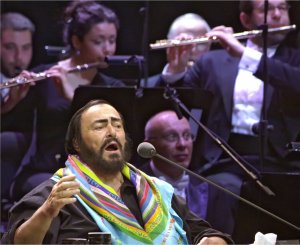 Monody originally referred to music sung by one artist, without any accompanying music. The Florentines gave it their twist and introduced a few instruments and a melancholic undertone.

In the 17th century, Italian opera grew in popularity to become one of the greatest exponents of Western culture, before being split into Opera Seria and Opera Buffa. These two strands were distinguished in many ways, the first being, as the name suggests, more serious, and the second a more comical interpretation of Italian theatre. Some of the most important names of the day were Pietro Metastasio and Carlo Goldoni. 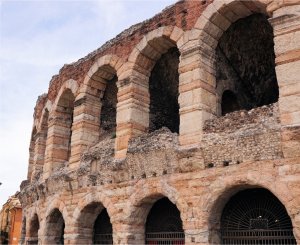 It was in the 19th century, though, that opera entered its golden age, with the Italian composer Giuseppe Verdi. In this period—the Romantic Era—opera began to grow in influence across Europe and take on the form that we enjoy today—an unmistakeable mix of elements, from theatre, classical music, costumes, and much more.

But you can’t talk about opera without mentioning the most famous opera singer of all time: Luciano Pavarotti. A tenor that is universally revered for his interpretation of Bellini, Donizetti, Verdi and Puccini, he was instrumental in the modern-day global popularisation of opera.