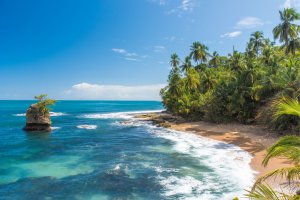 Costa Rica is defined by its wonderful natural resources. From sea turtles returning to the ocean having laid their eggs to tropical birds in full flight, the country is Central America’s number one pick for environmental tourism. During the rainy season, another incredible scene to witness is the crowds of brightly coloured frogs searching for mating partners. Whale watching is another favourite attraction.Costa Ricans share similar culinary tastes to Brazilians, with traditional preferences for foods like rice and beans. A special sauce, called natilla, is widely used to season meats and even as a filling used in breads and sandwiches. Slightly sour in taste, it can be found in any supermarket.