A whistle-stop gastronomic tour of South American, where the flavours are as diverse as the cultures themselves. All aboard! 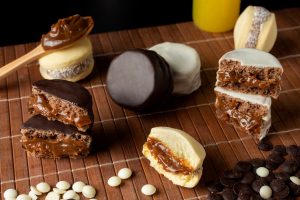 In alphabetical order, we start with Argentina, whose top billing goes to the chorizo ​​steak, a significant and succulent cut of meat. Then there’s the famous empanadas of various flavours. For dessert, treat yourself to an alfajor, a decadent chocolate cookie filled with dulce de leche, a classic import from the Spanish colonial times.

Moving down the list, we arrive at Bolivia. Locro Carretero is a stew made with dried meat (or chicken), chives, cassava and rice. Another famous national dish is Majao, prepared with dried meat, paprika, bananas, fried eggs and rice. 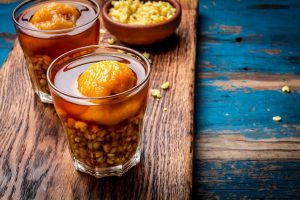 Fish and seafood are dominant in Chilean cuisine. Congrio soup, for example, is an eel stew made with onion, coriander, garlic, pepper and carrot. Another dish, with a curious name, is Ostiones al Pil Pil, a mixture of oysters and strong chilli. If the goal is to cool off in the summer, our pick is Mote con huesillo, a non-alcoholic juice made with peach and wheat grains.

In Brazil, one of the most famous dishes is feijoada, a mixture of black beans, sausage and other cuts of pork and beef. Barbecued food is also a mainstay in Brazilian restaurants. Coxinhas, dumplings stuffed with chicken, and empadinhas with various fillings are also excellent choices. For those with a sweet tooth, try a brigadeiro (balls of condensed milk and chocolate) and paçoca, a sweet made with peanut flour and sugar. 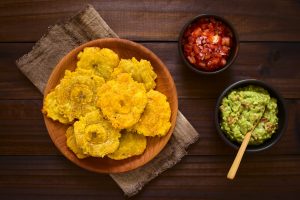 Colombia is known for exporting Patacones, an appetizer made with fried and seasoned plantains. The country also has a famous cheese bread, called Almojábana, which can be found in almost any bakery.

Ecuador is very rich in typical dishes. Two of them are Mote Pillo, a kind of corn soup with scrambled eggs and Tamal, a flour dumpling wrapped in corn leaf and stuffed with cheese and seeds. Seafood is the star of Encocao Ecuatoriano, a delicacy that consists of fish with coconut sauce.

Guyana is constantly overlooked in lists like this, but not by us. A popular, easy to find food is pepperpot, stew of black tucupi with plenty of chilli. Chicken curry is also traditional, and usually served with rice. Wash it down with the country’s beloved rum. 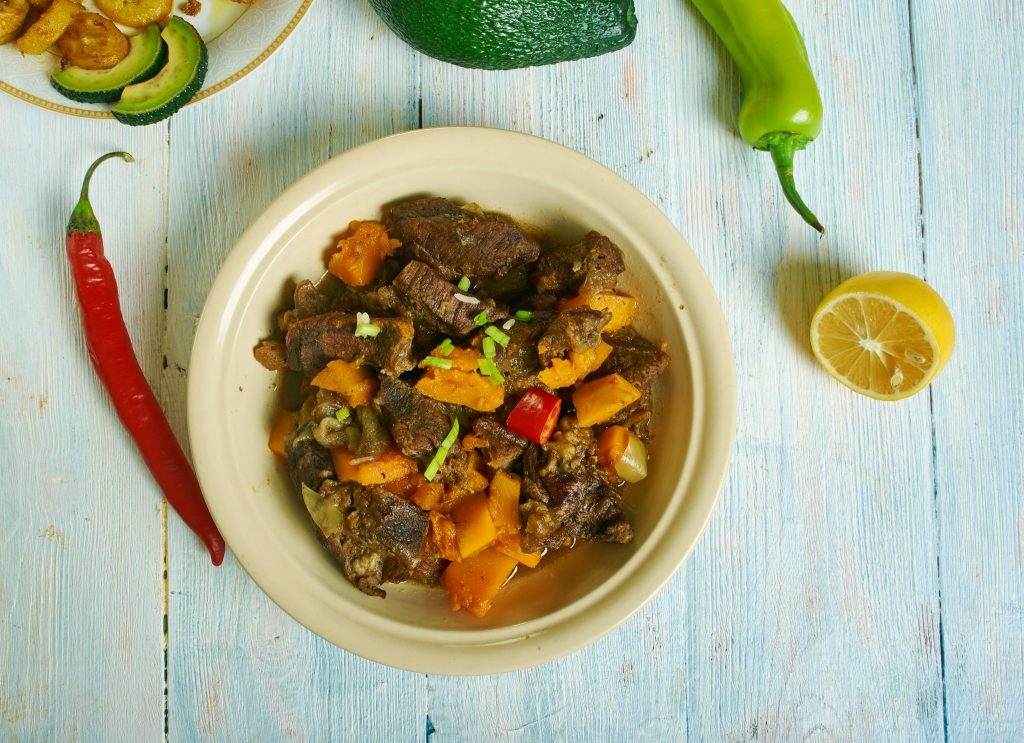 Chipa, Paraguay’s very own cheese bread, is a tasty snack found in most eateries. Even in colder months, the highlight is Vori vori, a traditional dish akin to a soup or stew, made with balls of corn flour, chicken, or beef. Finally, there is Kivevé, a Paraguayan version of Quibebe, made with native pumpkins and national cheeses. 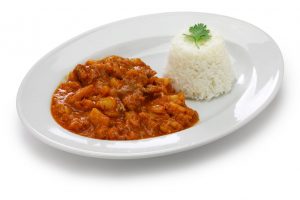 Carapulcra is a typical Peruvian dish with roots in ancient Inca cuisine; it is a stew made with pork or chicken and dried potatoes. Potatoes are popular in Peruvian cuisine, especially Papas a la huancaína, in which potatoes are dipped in a delicious spicy sauce. To end our tour of Peru, there is the Lomo saltado, a stir-fry of meat accompanied by French fries, tomatoes and strong spices. 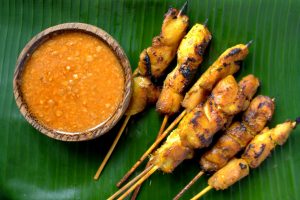 Suriname is a mix of dishes from all around the world. For example, Satay is a skewer of meat with peanut sauce from Indonesia. And one of the local treasures is Parbo beer, fermented with local fruits.

In addition to the traditional barbecue cuisine of Uruguay, known as parrilla, tourists can also indulge their sweet tooth by trying the Uruguayan doce de leite, which also gave rise to ice cream of the same flavour. For those who like sandwiches, Chivito is a must: made with meat, ham, mozzarella, eggs, bacon, lettuce and everything you can else you can fit in.

Finally, the last country on our whistle-stop tour is Venezuela. Pabellón Criollo is the signature dish—a Venezuelan take on feijoada, made with rice, shredded meat and black beans. If you are the type who likes to eat a power breakfast, cachapas, corn pancakes with white cheese filling, is a great way to start the day. 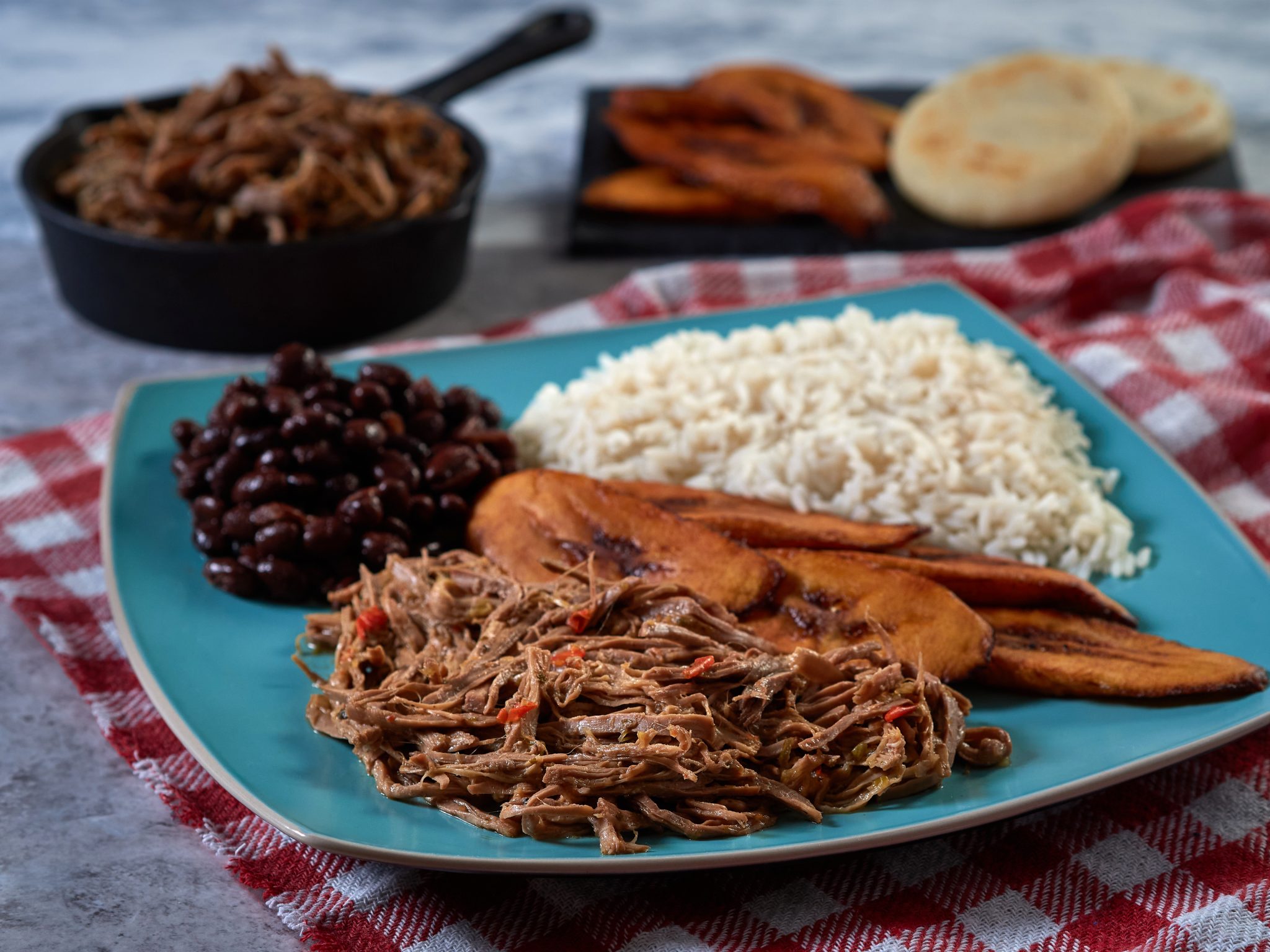