Attracting novel and professional dancers alike, Latin music continues to win the hearts of millions of people around the globe

Culturally, Latin America gained significant recognition in the 1970s due to the increased awareness and popularity of its musical rhythms and energetic dances.

One of the fundamental characteristics of typical Latin music is the diversity of sounds that represent a huge mix of traditions and people. In other words, the music we consider traditional is the culmination of influences from African, European and indigenous populations, and based mainly in Spanish, Portuguese and Creole languages.

The Tango, for example, is arguably the greatest exponent of music and dance from Argentina. It emerged in the suburbs of Buenos Aires at the end of the 18th century and mixed with Cuban influences. Ever since, it has captured the imagination of fans worldwide and became a symbol of Latin American style, set to both spirited and melancholic songs. 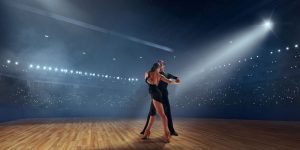 The Tango has influenced many other dance forms, including Cúmbia, a very famous rhythm in Latin musical circles and in particular Columbia. It is generally accepted that the name is derived from cumbé, a word of Bantu origin (an ethnolinguistic group from sub-Saharan Africa) which means party or dance. 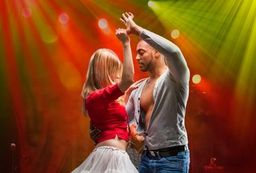 Merengue is another hotstep. It originated in the Dominican Republic and was quickly adopted by other Latin American countries, especially those in Central America. With a mixture of the early rhythmic influences introduced by Spanish colonisers and the dances of African slaves—especially those from Angola—the jig is defined by quick steps and a hip shuffle to the quick beat.

Samba is a well-known rhythm that dates back to urban Afro-Brazilian communities in Rio de Janeiro, Brazil, at the beginning of the 20th century. Today, it is responsible for gathering a global audience to watch a parade of more than 70,000 people (on average 4,500 from each one of 20 samba schools) for three days in what is seen as the biggest carnival on Earth. Along with Bossa Nova, a musical genre often referred to as “Brazilian jazz” that features guitar, double bass and piano, Samba is the sound of Brazilian culture.

Paraguay is home to a unique musical rhythm that promotes the origins of its people, especially the indigenous population. Guarania, which has since extended its reach to Brazil and beyond, was created in 1925 by the composer José Asunción Flores. The musical genre has been responsible for several famous songs, like India, which are integral to present-day Paraguayan heritage.

Cuba has been a birthplace for various musical genres, including Rumba, a style similar to Spanish Flamenco but with African roots, again from Angola. One of the hallmarks of this dance is the agile and versatile movement of the hips, which requires great flexibility and speed on the part of the dancers, who must follow the pace set by the percussion instrument(s).

In addition to Rumba, bolero is also famous in Cuba and other Latin American countries, especially Mexico, as highlighted by Mexican composer and pianist Agustín Lara who created Bolero-danzón. With a slower and more intimate rhythm, bolero is supported by guitar, piano and wind instruments and has a more romantic undertone. The song Besame Mucho, for example, was famous for being covered by the Beatles, Céline Dion, Frank Sinatra and many others. 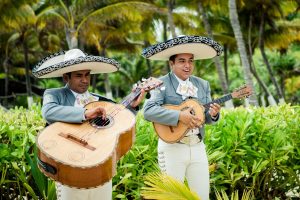 Speaking of Mexico, it is important to mention Mariachi, a word that defines both the musical genre and the groups that present it. Perhaps you have seen them in films or series depicting Mexico: they are those groups of singers/musicians who wear showy hats and fancy outfits. Playing violin, trumpets, acoustic guitars and Mexican guitars, mariachis spread joy and culture wherever they play.

In Chile, the musical genre that stands out is called Cueca, which accompanies common dances or cuecazos—parties dedicated exclusively to the practice of Cueca. It has been the official national dance of the country since 1979, with two variants: Cueca Nortina and Chilota—the first is instrumental only, while the second has a singer. The main instruments used are the standard guitar and the Chilean guitar, which features 25 strings.

Many Reggaeton fans think that the style originated in Jamaica, like Reggae. However, this mix of genres first appeared in Panama, before becoming popular in Costa Rica and then spreading its influence around the world. Combining Spanish rhythms, synthesiser-enhanced electronic music and Reggae, Reggaeton is one of the growing exponents of Latin American culture today.

Finally, another famous rhythm in Central America is Palo de Mayo, which originated in Nicaragua and has considerable influence in Honduras, Belize and El Salvador, among others. Since the 17th century, Palo de Mayo has been performed to celebrate the arrival of the rainy season and life in general. Over time, the genre was influenced by the arrival of Africans and became a symbol of major national celebration.